Legendary surf photographer passes away after a long battle with dementia.

Heartbreaking news filtered through the surfing community this morning that legendary surf photographer, and Tracks family member, Marty Tullemans had passed away. Marty had been in a long battle with dementia, and due to his failing health had been placed in a home earlier this year. Dementia is a horrible disease, as anyone who has watched a loved one succumb to it can attest, and we can only hope Marty is now at peace.

We’re also sure Marty, who was known for his  infectious eccentricity, energy and enthusiasm wouldn’t want us to dwell on our sadness, so we thought it fitting to share the stories behind some of his most iconic Tracks imagery. 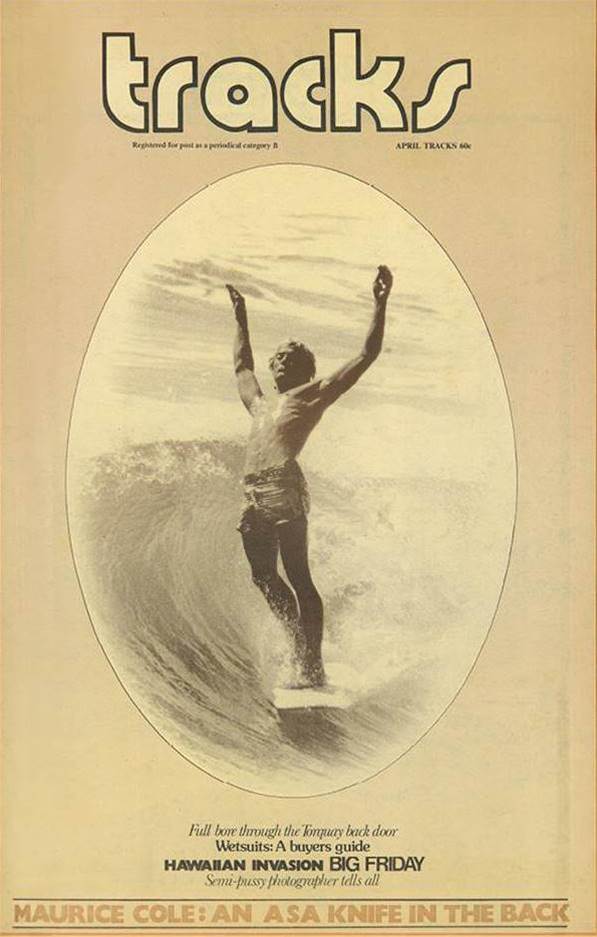 "In the days before there was the “Superbank”, in Coolangatta we surfed five distinct spots,” remembers PT. “Snapper Rocks, Rainbow Bay, Greenmount Point, and Kirra, and over the border in NSW at Duranbah.

When they built the Kirra groin in ’72, it created a clean little righthander on the Coolangatta Beach side (southern side) of the groin that peeled into the corner on small clean swells.

The day Marty Tullemans got this shot, it was as good as it gets and I remember there were just a couple of us on it. Tommy Peterson was out with me and we were having a great session when I got this one that just lined up perfectly across the bank and I just put my little single-fin fish in perfect trim and challenged the curl to knock me off! Ha! Ha!

To be honest I don’t remember Marty up on the groin and the first time I saw the shot was when I bought the issue at the newsagent; they had a poster for it “On Sale Now” in the wire promo racks they used to display out the front.

I’d had one Track’s cover already from my first winter in Hawaii, but none was as iconic as this one, and this photo has become the one-shot of my career that’s followed me everywhere. You see it n pubs around Australia like at Kirra and Cresent Heads, they even used it for my Australian Surfing Hall of Fame award, and it’s been re-published elsewhere numerous times since, but it all started with a Tracks cover.”

You can also watch Marty talk about the iconic photo in this video below. 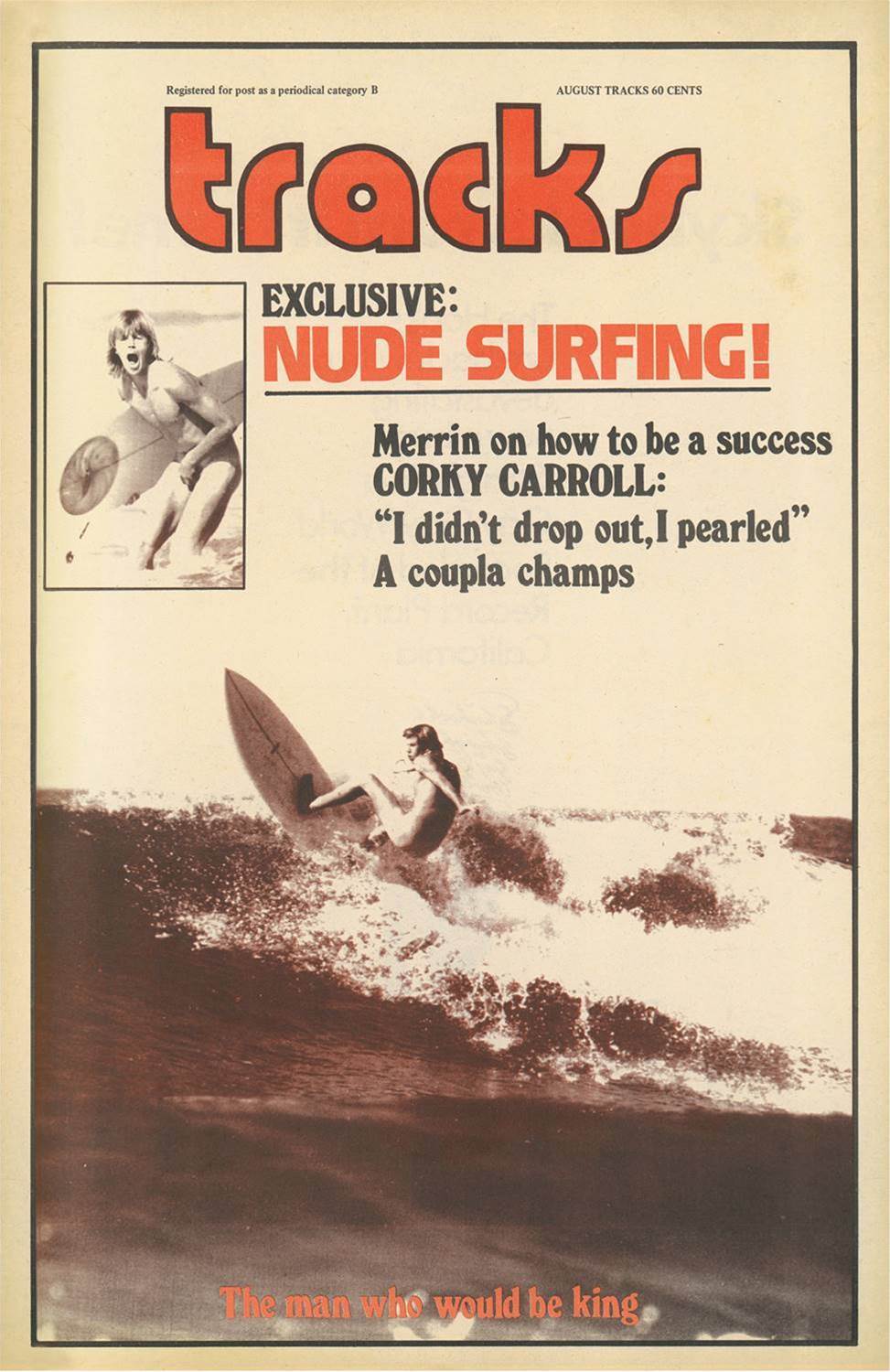 To be honest, I don't remember whose idea it was, but there was a lot of drinking involved. I do remember that, recalls ex Tracks editor Phil Jarratt.

"Why don't we do something that's never been done before?" said Paul "Smelly" Neilsen. "You know, like break new ground."

"Yeah, let's do something completely outrageous, even by Tracks standards,” added Rabbit.

Someone – and it might have been your humble correspondent – mentioned that Laura Blears had done some nude surfing shots for Playboy, but that male nude surfing was an Everest waiting to be climbed, so to speak. Someone – and again, it may have been me – hurriedly ordered another tray of beers as the idea developed into a plot, and the plot became a plan.

We picked up some girls at Burleigh, then photographer Marty "Meat-axe" Tullemans and Bugs at Snapper. At Tweed Heads we filled the Esky in the back with coldies for the blokes and some sparkling rubbish for the chicks.

I thought Marty, who was going through a bit of a spiritual jag at the time, would be appalled when I explained the mission, but I was wrong. He loved it. "So we want just a hint of dick, right? Just a sniff? We don't want to rub people's noses in it, right?” 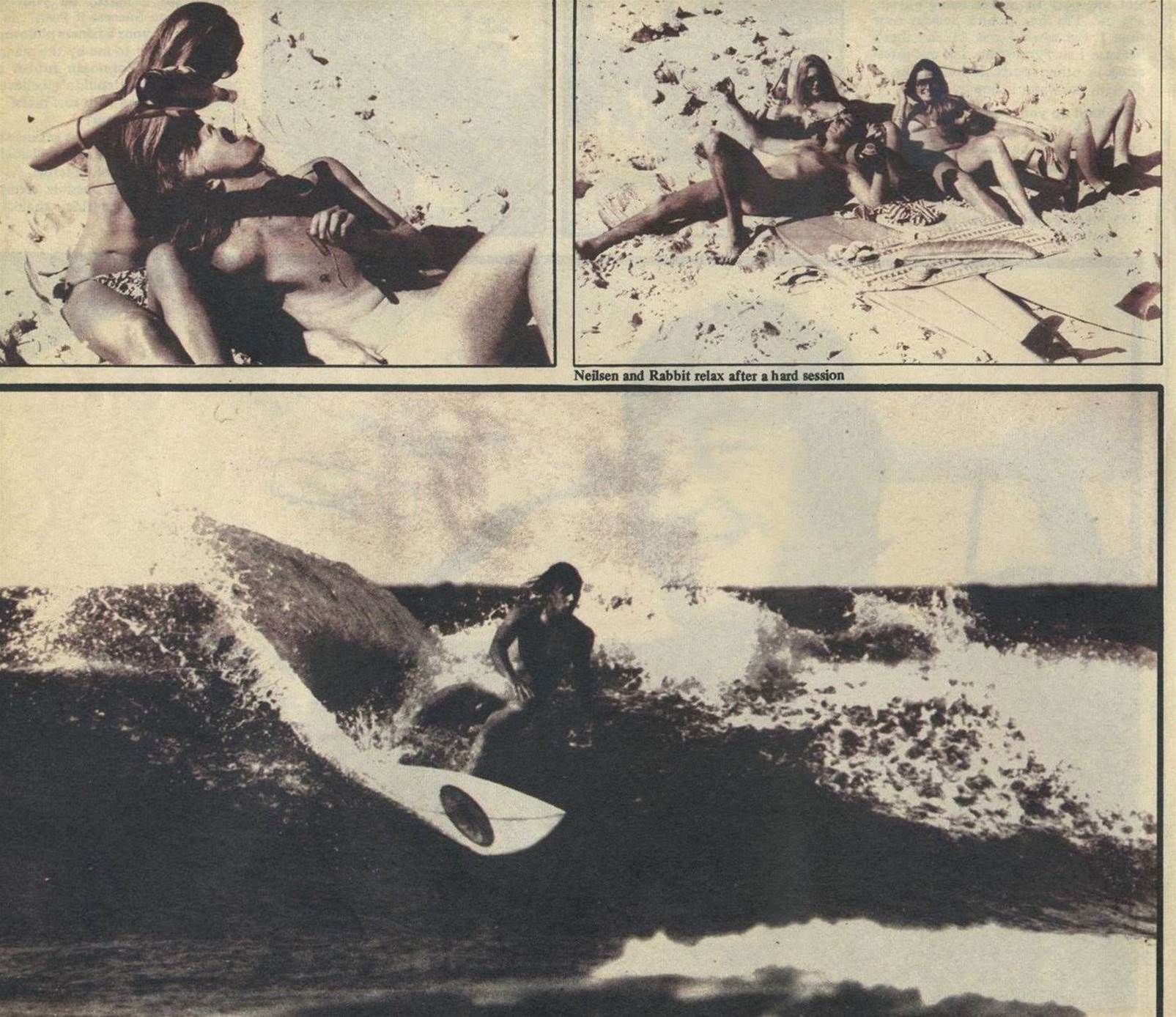 Smelly and Bugs paddled out and flew the flag of manhood on wave after wave while Marty clicked away. When Bugs found one with a nice open face, he jammed a wide-legged cuttie that left nothing to the imagination. Click. Click. Click.

I don't know what I was thinking, probably not much. But what were Neilsen and Rabbit thinking? One was an Australian and Smirnoff champion about to become a major surf industry player, the other was the hottest young surfer in the country with a world title in his sights. Whichever way you looked at it, this was not a great career move.

"Exclusive: NUDE SURFING!" screamed the cover, above a pic of bare-bummed Bugs flicking it off the top. The more revealing wide-legged cuttie was big inside.

Rabbit's sainted mum refused to speak to me until 1997, and I don't blame her!

Tracks extends its deepest sympathies to all of Marty’s family and friends at this time.

A more in-depth tribute to Marty will be coming soon.