Surfing that stands the test of time.

“Margo’s gonna win Surfer Poll this year with all the amazing clips you’ve been dropping, Ganey.” So wrote Ronnie Blakey, current WSL commentator, but more famously known as the first Editor of this very website. Yep, tracksmag.com was the first ever surfing website. It started way back in 1999 at a time when most of the internet was “under construction”, Google wasn’t invented, each pages took eight minutes to load and dial-up modems meant that the dreaded dial tone was a part of logging on. For the millennials out there, you may need to look up “dial tones”. You might search on HotBot. Or check the clip below.

Anyway I digress. Blakey was commentating on a single wave, four-turn combo of Brendan “Margo” Margieson at D-Bah posted on Instagram by Justin Gane, aka @pulsesurf. We’ve covered Gane’s legacy before. In August last year we caught up with the filmmaker behind the Aussie surf classics such as Tempo, PULSE, Supa Dupa, Odyssey on the 15 year re-release of his documentary ‘Wanderjahr – The Margo Project’.

“There are plenty of power surfers out there now, but there aren’t many surfers that can surf like that,” he said then of Margo’s surfing. “That raw, top-to-bottom surfing, Occy does it, Trent Munro, Winkler, it’s just straight up no bullshit surfing.”

Ganey has continued to drip feed the internet single morsels of high voltage surfing from around the turn of the century from his extensive and unparalleled time capsule film canister. In that last post he asked the masses what they would score that wave of Margo’s if it was surfed today. It’s a common theme; just how relevant is that surfing compared to the modern era?

For many surf fans of a certain age the consensus was that Margo’s surfing is at a level comparable to todays. Bed Durbidge for example wrote, “Mental. Never gets old.” Now sure many of us look at the footage through the misty prism of nostalgia. Surfing’s old fart syndrome, where surfing was always better in the good old days, remains an unshakeable affliction through every generation.

Yet Ronnie, who watches more pro surfing than any other human, has a point in that Margo’s surfing has a power and flow that many surfers would find hard to replicate in 2019. To Margo’s efforts I would also argue that Ganey’s clips of Trent Munro have also stood the test of the time better than most surfers from that era.

Munro only had six seasons on the CT, and only one, in 2005, where he had a major competitive impact. That was the year he won Bells and finished as the World No. 6. If it wasn’t for Ganey, Munro’s surfing and contribution to the sport may have been ignored. Yet with the clips, you see the remarkable power, speed and aggression that set him apart, and still does. The lurid yellow and black wetsuits and below-the-knee board shorts may timestamp the footage but it remains, and I’m sincerely doing my best to be objective here, some of the best surfing I’ve seen online this year.

Margo or Munners for Surfer Poll winner? I’d vote for that. 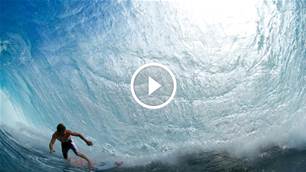 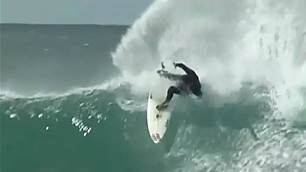 Why ‘Wanderjahr – The Margo Project’ is Still Relevant 15 Years On 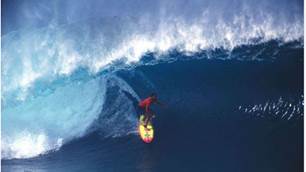