Nick Colbey was once Tracks’ cherished video dude, but the man simply had too much talent to waste away in an office, so he spread his wings and soared.

In the time since Nick left the fold at Tracks he embarked on a solo Australian roadtrip of epic proportions. Partly to get tubed out of his mind (another thing Nick is very good at), partly to find himself, and partly to document the experience and make a killer Aussie surfing road trip adventure movie.

This Friday, December 20th, Nick will be premiering his movie titled ‘Hooroo’ at the Byron Bay Community Centre.

25% of ticket sales on the night will be donated to the Drought Relief Fund.

Follow Nick on a surfing adventure around Australia in his beloved Coastal Emu – a 4×4 ute with a slide on canopy.

The journey begins in Byron in Autumn and heads south, down the East Coast, all the way to Wilsons Promontory in Victoria, catching the car ferry over to Tasmania into the harsh winter.

Onto the Nullarbor, heading west, and further up the West Australian coast to then traversing across the Top End, through the Kimberleys, and onto Arnhem Land and eventually Queensland.

Jump in the ute and come on a trip of a lifetime.

Get tickets online here for the 5:30 pm screening

And here for the 7:00 pm screening 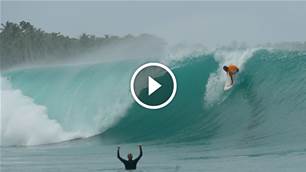 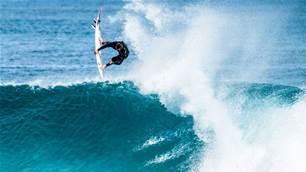