One of the greatest finds of all time, the person who rode it, and what it meant to surf culture.

A Time And A Place For Everything

There are specific points in time that are used to signify pivotal moments in history. When Elvis Presley died, when Neil Armstrong landed on the moon, when Curt Cobain committed suicide or when Tom Curren rode his first wave at Supertubes.

One of the most pivotal points in surfing culture is the discovery of Donkey Bay, first known in surfing circles as Skeleton Bay, in a lame attempt at keeping it a secret. These days we take for granted the minute plus, POV self-tributes, but when one actually saw the original video of Corey Lopez riding the wave for so long it was difficult for the average surfer's mind to actually compute.

It was an online Google Earth competition, run by Surfing Magazine, which saw a software engineer from California pinpoint the spot. It proved to be a revolutionary marriage of surf travel and technology. A computer geek put a team on the beach at Donkey Bay to witness one of the most significant surf discoveries of all time.

Whether it was actually Corey who rode the first wave of that trip is irrelevant. And while local surfers had surfed there before it was that single wave, ridden by goofy-footer Lopez that has been indelibly written into the annals of surf history. It was a remarkable wave and a wave that was watched over and over again. By today's standards, it is far from the best wave ever ridden at Donkey, in fact, it would be hard to put it into the top 20 waves ridden there, but it was absolutely fucking insane when viewed for the first time.

Lopez was so far away that it was a bit difficult to see what the hell was actually going on. Still, as he approached with the speed of a shooting bullet, the surfing brain quickly started understanding what the eyes were looking at. As each section revealed itself to Corey, and as he continued to defeat each section on his ride into history, it became evident that the wave was an absolute freak, an anomaly that couldn't possibly exist, let alone undiscovered, yet there it was.

The Meaning Of It All

Corey's ride, all 68 seconds and 5 tubes of it, changed our world of surfing. There was a generation of jaded surf explorers who had been going on Mentawai boat trips and deluding themselves into thinking that they were exploring or discovering. They believed that they were doing something hardcore by surfing Nokanduis off a boat, or finding a little rock shelf in the Telos. They were all suddenly woke to the fact that there is still a world out there of discovery and of adventure. That tools like Google earth could actually be useful, and that with a bit of effort, discoveries could still be made.

It was a massive step in the collective surfing consciousness. It implied our sport and lifestyle still had so much more play, that our perceived limits were false boundaries, and that the coastlines of the world still had wonders to be revealed.

As a result, there were a number of new discoveries, as surfers once again started looking at distant shores, and to wonder at the possibilities. Before we knew it, Kepa Acero was finding new waves in Patagonia,

Meanwhile, the best left in the world was surfed by the Brand brothers,

The Snake was discovered, and there were strong rumours of more discoveries. It was enthralling.

I'd want to say that there is finally nowhere left to discover, that there is not much coastline out there that remains unexplored, but it is not so. It can't be. There is still more to be found, and there are so many more options out there. What appears to be too fast or too small, suddenly turns into perfection on a bigger swell and a different period, and what looks like a close-out slows down enough when a particular swell bends just an extra few degrees.

Surf discovery is a variable that changes with the weather. If young Australian surf explorers Kevin Lovett, Peter Troy, and John Giesel had stumbled upon Lagundri over a month-long flat spell (it happens) in 1975, one of the greatest right-handers in Indo might only have been discovered decades later. There might be more world-class waves out there, just like Nias.

When we can, let’s go find them. 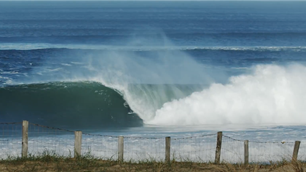 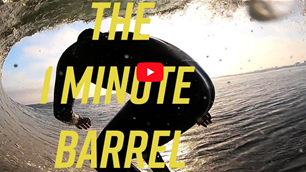