Although the event had been around for a long time by 2008 (it was started in 1999) there still wasn't that much known about the wave at Dungeons. Every session every year just seemed so different, with the swell direction being the biggest game-changer every time. Back then the gurus didn't know as much about the two massive outside reefs that bounced and bent the swells around before allowing them entry into the tiny window. Nowadays the swell direction is pin-pointed, but back in the day it was a hit-and-miss thing. Excellent forecasts would reveal small waves, while borderline predictions would see Dunegons absolutely pumping.

Along with such little knowledge was the fact that those famously courageous surfers who were out there at the behest of Red Bull in the hunt for fame and fortune and glory were also a little bit in the dark when it came to wave selection, with luck playing such a major factor.

Some waves looked like they were going to run all the way to the boats in the channel, but ended up being just giant and undramatic peaks, while others that looked like straight shoulder-hoppers would wall up, bend back at the riders and barrel fiercely over the two-point-five inside reef. All that the Big Wave Africa event had were surfers who were continually prepared to throw themselves over the ledge and hope for the best.

This approach, through the law of averages, saw some magnificent rides, as well as some massive wipeouts. International big wave guys Grant Washburn and Jamie Sterling were the early takers out there, always going on whatever came their way, along with Ross Clarke Jones, Paul Paterson, Carlos Burle, Mark Healey as well as a host of red-hot local surfers and other South African big wave chargers like Twiggy Baker and more.

Greg Long was one of the guys who could always be counted on for finding a few of the biggest waves of every event and free session, and making them. Greg used to win individual wave awards often enough and was contest winner in 2003. He would also play a very big part in the spirit and camaraderie of the event; a culture that Red Bull in South Africa instigated and cultivated.

Greg was calculated but fearless, and his partnership with Twiggy in all things big wave ensured that he was always on the cutting edge, and always pushing himself when the ocean got huge. 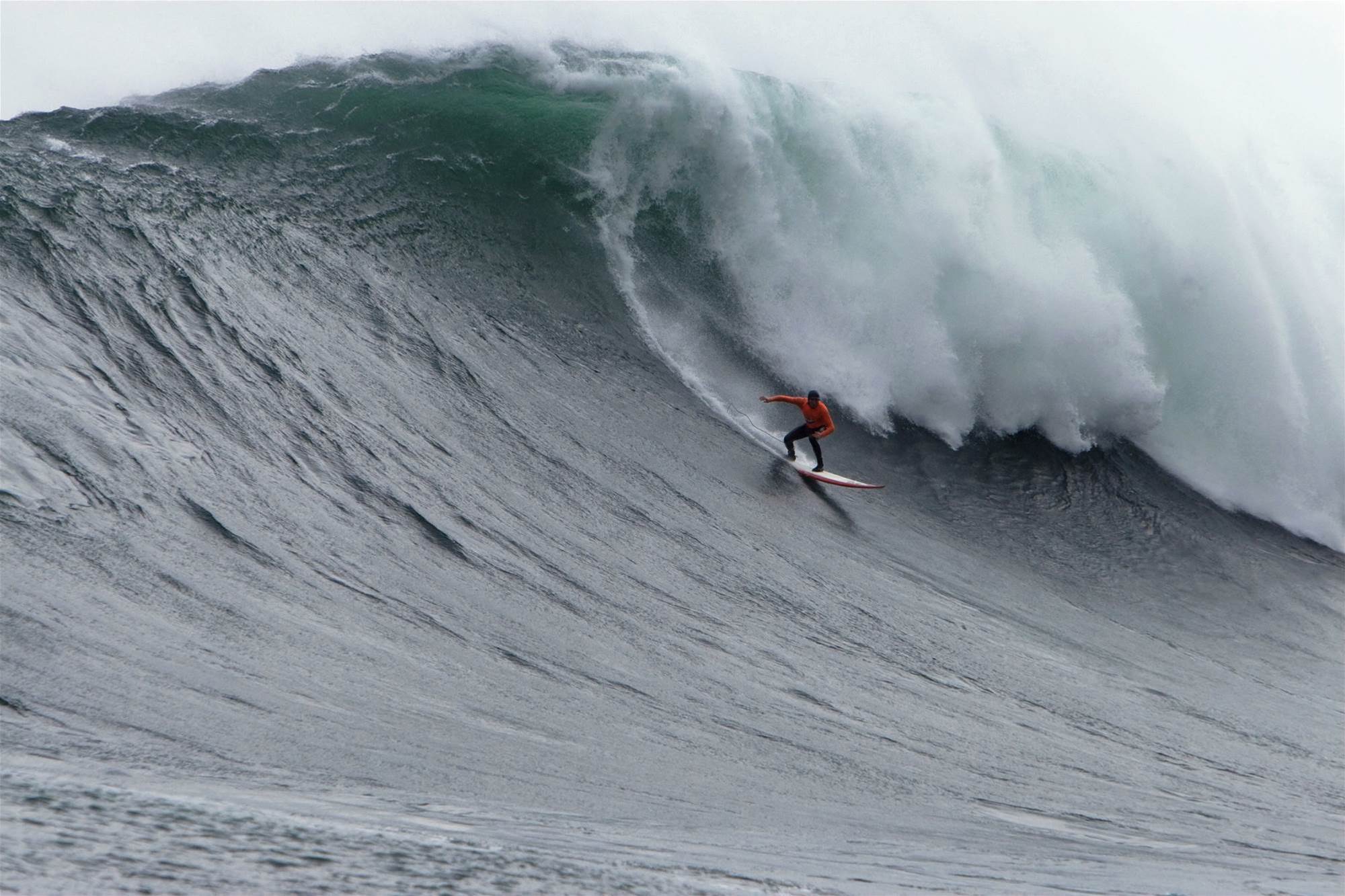 In 2008 Greg hooked into a big set wave, probably in the 30-foot range, and valiantly made his way down the screaming face, encountering a few bumps and wobbles and tracks and boils as you do on a big wave as unruly as Dungeons, and on a really big day.

He bottom turned as a huge section started lurching, and as we watched from the channel, the angle made it look like he was going to get the biggest wave of the day and of the entire contest on his head.

As the Red Bull safety crew sat on their skis watching, Long pulled into the barrel on a fairly high line, but with loads of speed on tap.

It was one of the first real tubes seen out there during the contest that was perfect if not huge, and possibly makeable.

Dungeons has a tendency to pinch, especially the big ones running wide of the main reef. They tend to hit deep water, collapse and squash any minion daring to pull in. This one, however, stayed open, and the only enemy Long had inside the tube was the foamball from hell, chasing him down.

Utilising the stability of his 9’8, Long negotiated the foam ball and emerged to the sounds of screaming spectators and other contestants as they (myself included)  stood on the main event boat in the channel.

It was the wave of the contest, the best barrel ever seen at Dungeons and the BillabongXXL Ride Of The Year, and earnt Long a US$50,000 payday to boot. Reflecting on the monumental ride Greg commented, “When I chose the highline and pulled in I realised that I had never been in a barrel that wide, especially paddling in on a 9’8. Luckily the foam ball actually gave me a little projection forward at the end and that was it. One of the best waves of my life.”

A bold statement from Greg, considering the year before he won the 2007 Billabong XXL Biggest Wave Award for a 65-footer he caught at Dungeons, but that’s another story for another day. 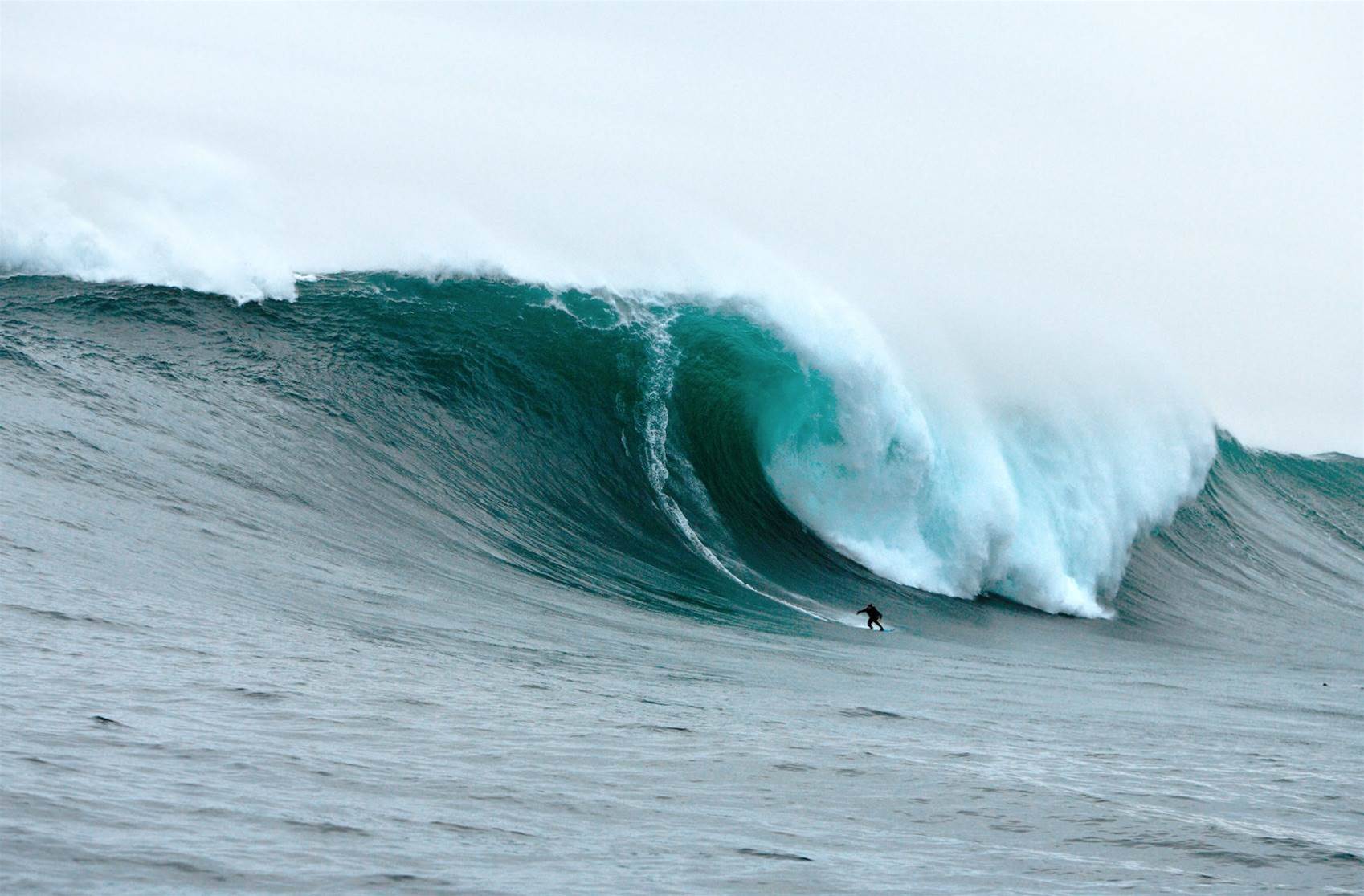