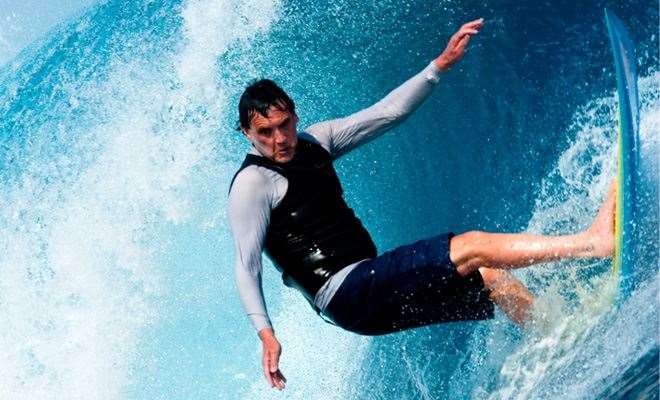 Recently I caught up with Victorian surfing legend, Wayne Lynch for a roaming two hour conversation about waves, surfboards, the environment, climate change, Patagonia, localism and the surfing industry. Wayne was in great form and had much to say - so much I couldn’t squeeze it all into a single article. Here are some excerpts which didn’t make the story in this month’s Tracks.

People seem to think I like surfing by myself but I never really have. Back in the 70s I used to beg people to come surfing with me. I’d tell them – I’ll drive, I’ll pay for petrol, I’ll buy the beers on the way home. Occasionally I enjoy surfing alone for the extra challenge or if it has been really crowded, but surfing is so much better when it’s shared. I don’t like surfing in crowds though and that’s becoming really hard to avoid.

To me Patagonia really epitomises what collectively surfing should have moved towards from the day one. It sort of was like that at the start it just wasn’t really well defined in people minds. In the early years of making wetsuits you tried to make the best wetsuit you didn’t think about the graphics too much. It was about the product and the function because it was so cold. You didn’t give a shit if you had a nice sign on your chest. 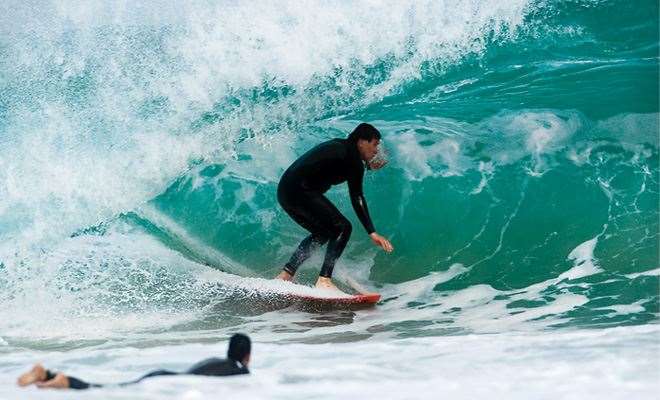 The other thing with Patagonia is their whole relationship with people is really different. You’re not a celebrity and your value to them is not based on status. You’re there to work for them and to develop ideas and they want you involved. If you’re not in the mags every month it doesn’t mean anything to them. It’s not what they value. I think there’s a lot more dignity in that. Especially as you grow older because a lot of the other companies are so youth orientated.

I’ve still got single fin templates from the 60s and 70s. I was very lucky because we got burnt out in the Ash Wednesday bushfires and lost the lot but I got my templates out. It’s the only thing I grabbed because I knew it was coming way before the police and the rescue guys. Everything else went up. Have a look at this [he shows me a mangled metal worm hanging over the entrance to the shaping bay]. That’s a 16 foot Quintex aluminium boat and motor and trailer. It was under my Dad’s house so the whole house must have collapsed on it and made it like an oven. Just baked it. I think it needs to be something like 1000 degrees to do that. I grabbed a few photos from the house but I lost all my super eight film from the early years when we first got wetsuits and of all the breaks when there was no one around. All the early footage of the kids… all gone. Sadly. That pissed me off.

The thing that’s easy to forget on really big waves is that you don’t often go rail to rail. There’s a lot of period where you start to roll on to your rail because you have to traverse so much distance of slope. The widowmaker is a really nice balance between a single-fin and a tri-fin. It’s got the single fin direct speed with that grip – you can feel the rail without [the side fins] I kept feeling that the board was going to let go any minute. You get the real insecure feeling.

We used to get big waves here regularly [around Lorne]. You could ride 10 foot waves here 50 times a year. 15 footers three or four times. It was nothing to ride 8 foot waves three or four times a week in late Autumn, but not now. The last ten years it’s changed. Far less big days. West coast still gets it but not around Lorne. Young kids don’t have a board for big wave any more.

Wayne and Larry Blair's famous final out all time Manly for the 1978 2SM / Coke Surfout.