Why make waves when we already have plenty of swell?

While the technological leaps being led by the likes of Kelly Slater and Greg Webber are worth celebrating, is there a risk that the wave pool space race will make us overlook simpler and possibly more effective methods of wave creation?

The truth is nature has done half the work for us. As far as resources go swell is infinite. Think of all those long stretches of coastline, as well as the nooks and crannies, which are regularly pounded by waves. We’ve all driven, walked or flown past beaches beset by relentless closeouts and thought, ‘If only this place had banks.’ Many of us probably have this attitude towards our local breaks.

There are also countless examples of where man’s meddling has unintentionally led to serendipitous surfing consequences – The Superbank and Sandspit in California; along with countless rock groynes and sunken ships are responsible for high quality waves. What if these were not so much happy accidents but pre-meditated initiatives, created with surfers and ocean enthusiasts in mind.

Perhaps groynes and harbour walls represent too much of an intrusion upon nature for many coastal lovers and rightly so. However, surely there are coastal modifications that can be made, which reconcile surfing objectives with environmental considerations?

There is much evidence to suggest that simply introducing an object or objects to break up swell lines can contribute to the formation of better waves. Think of some of the world’s classic beachies, often there are outer banks or rock formations interrupting straight lines of swell; creating corners and bending them into barreling teepee peaks.

Perhaps the greater understanding of bottom contours, and their influence on wave formation, which has been achieved by wave pool designers can be used to reboot interest in artificial reefs, which seems to have waned in recent years.

Of course these are just the inexpert ramblings of a surfing dreamer with no real knowledge of the relevant sciences involved with such undertakings.

However, such minds do exist and some of them surf. Perhaps we can at least plant a seed for a movement that will produce quality waves and provide a solution to the problem of overcrowding. A solution that is more energy and cost efficient than building thousands of wave pools and allows us to form a sophisticated synergy with the ocean’s mysteries rather than merely attempting to replicate them. 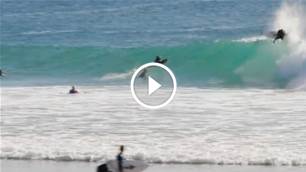 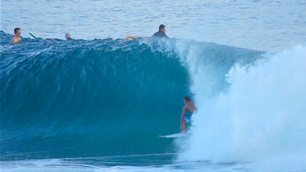 Joel Parkinson On What It's Like Being A Local On The Superbank?