A dive off the shallow end or an historic moment in surfing?

I surfed a lurching right Rip Bowl this morning. Current tore up the face, the peak shifted wildly, the wash-throughs were frequent and the double-ups could bury you, but despite the random chaos my mate ‘Deadly’ got it right when he said, “I love days like this, because there’s always a chance you will score the wave of your life.”

Half an hour later, with tap-nose spilling over the keys, I tuned into the WSL to witness flawless surfing transpire in the most controlled environment ever seen. Delicious ribbons of water curled across the screen while some kind of barrel train rumbled past, producing the artificial lump that was being sculpted into perfection by a bottom-contour that had been manicured by the hand of Kelly Slater – surfing's version of God.

I marveled at the engineering wizardry, mind-surfed my way to the point of madness and then like most of us tried to determine who had best interpreted Slater’s spectacular vision made real. Was it Filipe’s throaty tunnel, Steph’s silky carves to soul-arch, or John John’s triple pit, with each hollow run neatly separated by a trade-mark, melted-limb carve. 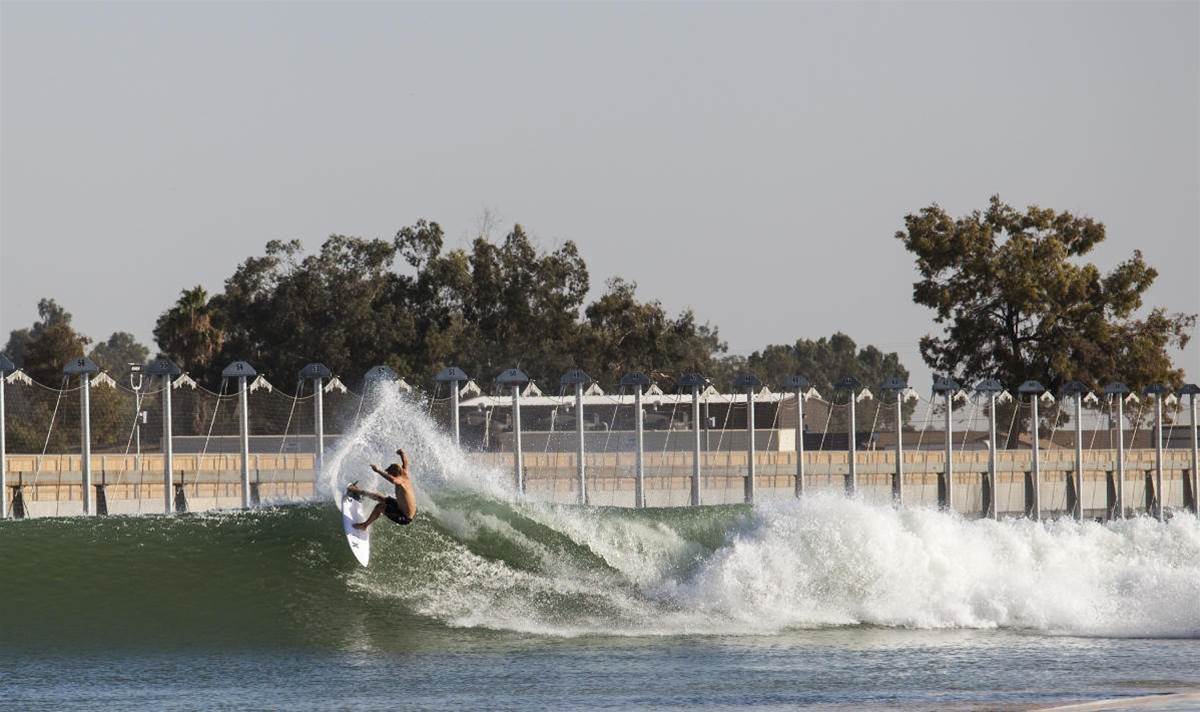 John John testing the power of the lip at the WSL Surf Ranch. Photo: WSL

The excitement was hard to suppress, even if the Facebook feed was a somewhat clunky way to showcase the first full-scale WSL trip to surfing’s Disneyland.  There were so many questions. Did anyone blow a wave – Ouch? Can it get bigger and thicker? Where was my invite? Who was the mysterious voice saying, “Yeah Man!” in the background?  Did Joe Turpel get to surf or just talk? Has anyone ever surfed the pool nude?

Once the initial exuberance settled, there was time to try and think a little more rationally about what was going down at the ‘Surf Ranch’.

Not everyone was at the pool party

The first key to the picture was contained in Kelly’s opening address. “We have all the best surfers in the world here, probably the most elite field ever compiled for a specialty event.” Kelly was using the sort of language that strikes fear into the hearts of more lowly-ranked WCT competitors – “most elite”. It was obvious from the feed that not everyone on the CT was going to be gifted a barrel and a lolly-bag, and get to have their cake and eat it.

According to inside sources the WCT surfers who were not on the door list were sent an email formally apologizing for the fact they would not be part of the special event. There is no doubt you would feel all kinds of pissed off if you were on the CT and you didn’t get the call up to Kelly’s exclusive club.

In terms of the bigger picture the decision makes it clear that the WSL isn’t afraid to ruthlessly cut the numbers if it feels the need to run a tighter schedule. Many critics have called for a leaner looking tour. Is this a pointer to broader changes? 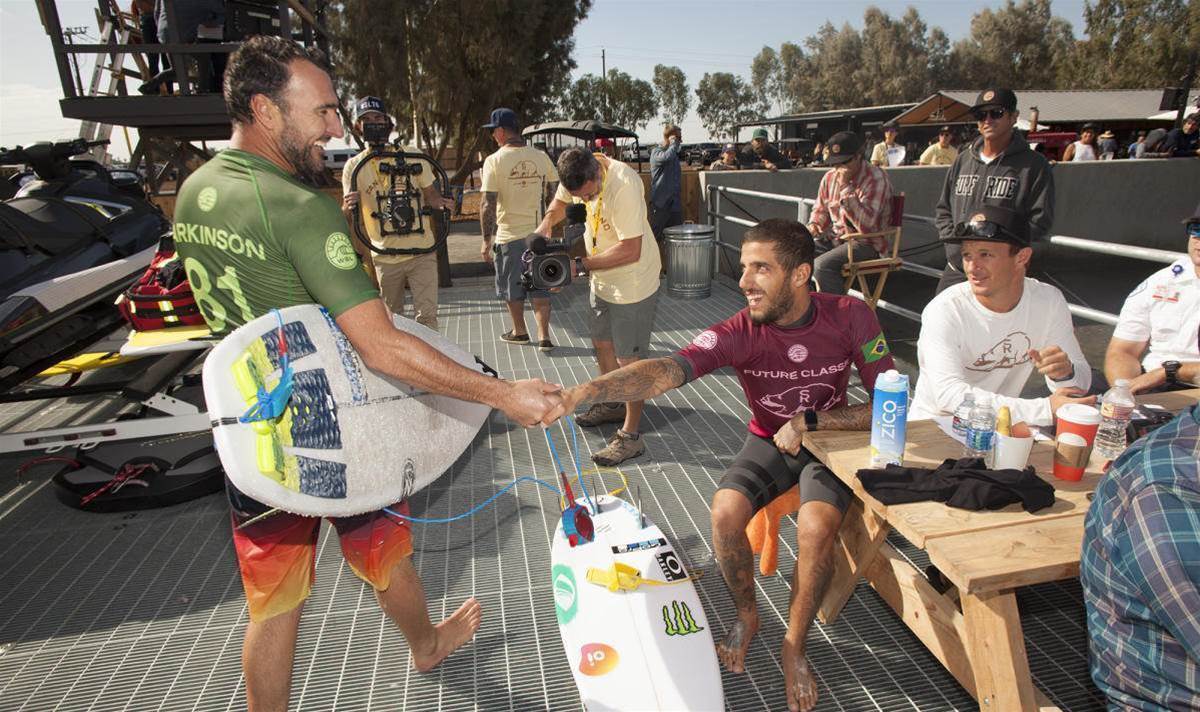 Parko and Filipe were part of the cool crew who got invited, but plenty of WCT surfers were left off the list and the selection process seemed fairly arbitrary. Photo: WSL/Sherman

The Vibe is very Country Club at The Surf Ranch

Courtney Conlogue is clutching a long cappuccino that looks like it was freshly purchased form an in-house version of Starbucks. Kelly is straight into the Jacuzzi after his much-hyped ‘Come-Back’ wave. MR , Shaun Tomson and Rabbit are slugging back the cocktails with some kind of over-the-top bambi painting in the background.

The competitors areas at comps provide status and a degree of luxury, but ‘The Surf Ranch’ takes the exclusive, WSL country-club vibe to new levels. Truth be told it would be hard to recreate any kind of authentic beach vibe at a wave-pool so I guess it’s alright to go over the top and crazy kitsch.

One thing is true though, this scene is a long way removed from the distinctive scent of an afternoon sea-breeze, the tinny squawk of seagulls and the taste of a cheap schooner to wash the lingering salt off your tongue after a day’s waves. 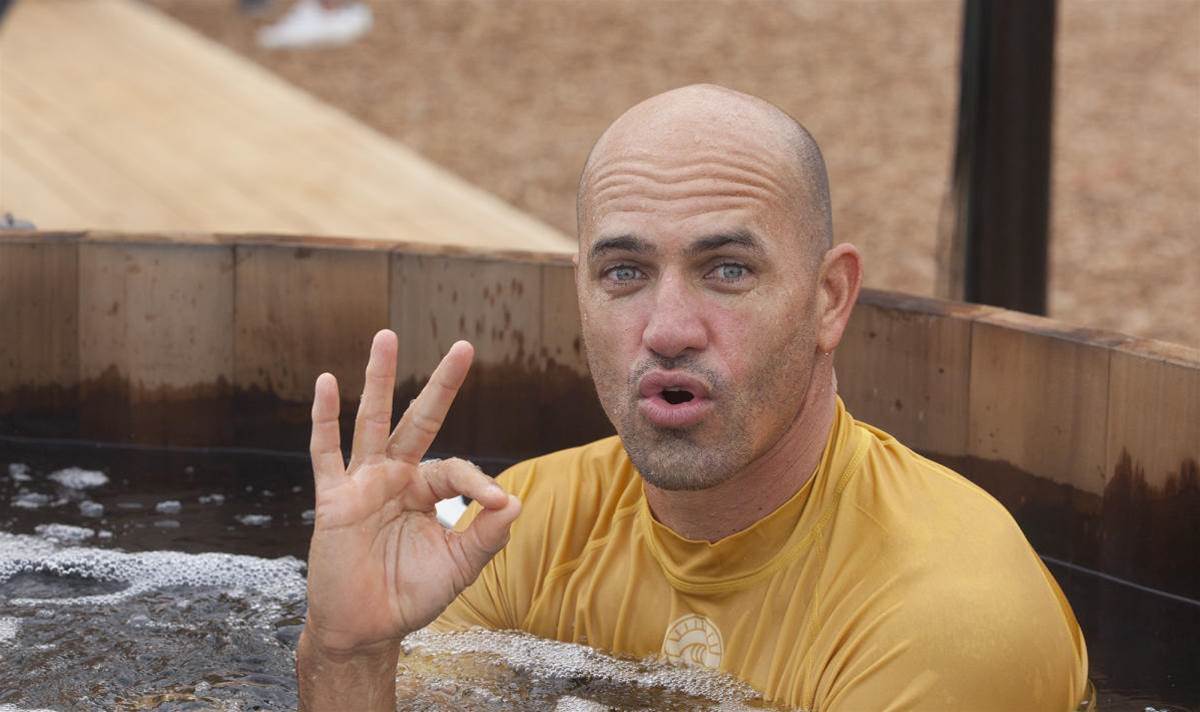 Kelly – straight from the tube to hot-tub luxury. Photo WSL/Sherman

It’s incredible, but how much do we want to see?

There is no denying Slater’s pool represents a giant leap forward, however, what are its limits? By eliminating the variables there is no denying that some of the intrigue is lost. Nobody wants to watch Trestles go flat for fifteen minutes like it did in the recent final, but it’s still fun to see surfers dodge bombs at Pipeline, try and pick the right one at Snapper and decide between West swells and South swells at Fiji and Teahupoo. In her official statement about ‘The Surf Ranch’ new WSL CEO, Sophie Goldschmidt, made it clear that WSL will always be down on the beach.

“One thing that will never change for the WSL, however, is that surfing in the ocean remains foundational to what the WSL is and we will always have ocean competitions.”

The question is, how much of the wave pool could you watch in competition?

I personally think that to preserve the novelty value of the The Surf Ranch and give it a little prestige, one event a year on the WCT will be sufficient. In a single event we may also want to see a variety of waves at The Ranch to ensure the pool doesn’t become some kind of hypnotic, meditation technique.

The Ranch could also be used as a default, back-up if it goes flat for an event or part of an event. What a much more exciting finals day at Trestles it would have been, if there was an option to fly in and crank the The Ranch to maximum size.

This film is great, but is it what we want for a WCT event?

When Do We Get To Surf The Wave Pool?

The WSL’s exclusive soirée wasn’t just designed to suck in fans and create an upper-class within the CT, it was an advertisement to attract buyers for the product it bought the rights to from Kelly Slater. If you want to build your own Surf Ranch you will need to buy a license from the WSL and the going rate is widely considered to be around $25 million. That’s a lot of donuts in a figure before you have even factored in land and running costs. The problem with the proliferation of all wave pool models (or lack there of) is that investors with that kind of money are not yet convinced they can make a buck on artificial barrels. And it’s not like there are many surfers with that kind of spare change – not even collectively between a few well-off Salts. So perhaps the question begs, after today’s performance what would you be prepared to pay for half a dozen waves in the pool? Convincing the rich folk that you are happy to fork out cash for guaranteed carve time, is the only way you are going to get a shot at a Slater pool, unless of course you have a very open-minded and cashed-up local council. 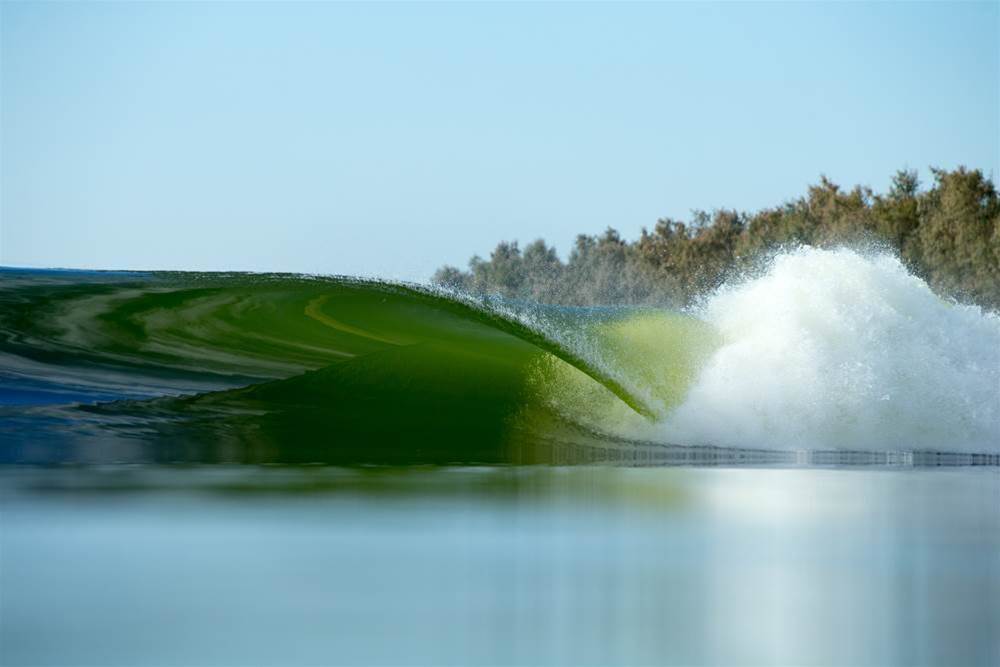 How much would you be willing to pay to make the magic happen? Photo: Glaser

No doubt, the Internet is fizzing with different slants on the Surf Ranch right now. It truly is a watershed moment for surfing and something to rejoice in as a sub-culture. Hell, we might even make the mainstream news. That would make the WSL happy. In the meantime, I might sneak back out on that Rip Bowl. I’ll probably go over the falls a few times, get sucked past the take-off zone and flop into a few burgers, but I just might get the wave of my life.