In the new film “Mr. Kookbox,” Santa Barbara surfer Nole Cossart takes a journey into 1930s surfboard building. Director Ben Weiland shadowed Cossart for the short film that accompanied a full-length feature in The Surfer’s Journal.
“In the 1930s a lot of novices just turned up with these replicas of Tom Blake surfboards,” explains Cossart on the film’s title. “So they were called kook boxes.” Think BIC soft tops for the pre-World War 2 generation. 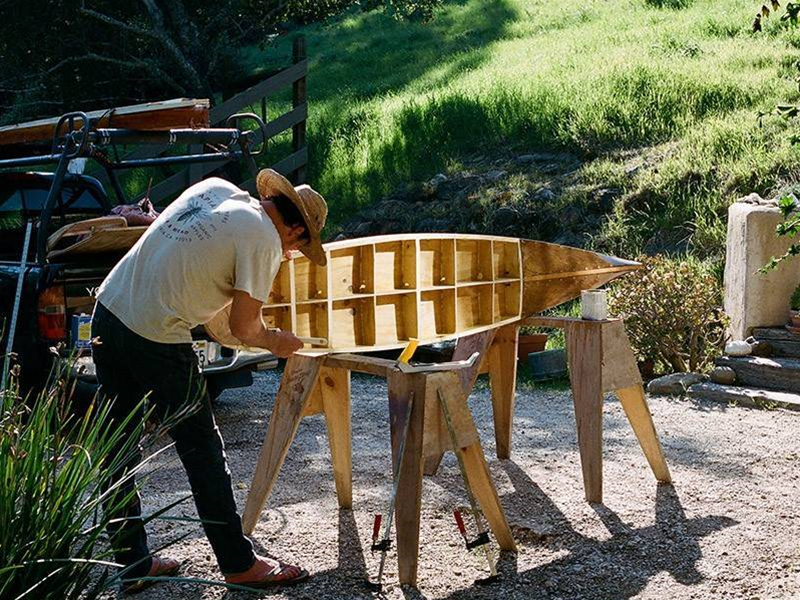 Patience was one of the most important materials involved in building this craft.
Cossart has delved deep into the process of hand-building these hollow, finless, 50-pound boards. For his first one he, in his own words, simply hacked out a shape out of timber. However, as his obsession grew he delved deeper into the design with a view to getting tubed on the creations.

The boards vary in length, but his latest creations are about 8’ long and take around  60 hours to complete. To stop the tail sliding out, crucial for any barrel riding action, Cossart had the bottom contour warps into a super deep, hatchet shaped V in the tip of the tail. As the film shows each Kook Box involves lots of head-scratching and trial and error to get the plywood to warp around the pine or redwood frame.
“It’s crazy to think this was the cutting edge of surfboard design and construction 90 years ago,” Cossat says, “but it seriously works, in its own special way and is so fun to ride.” 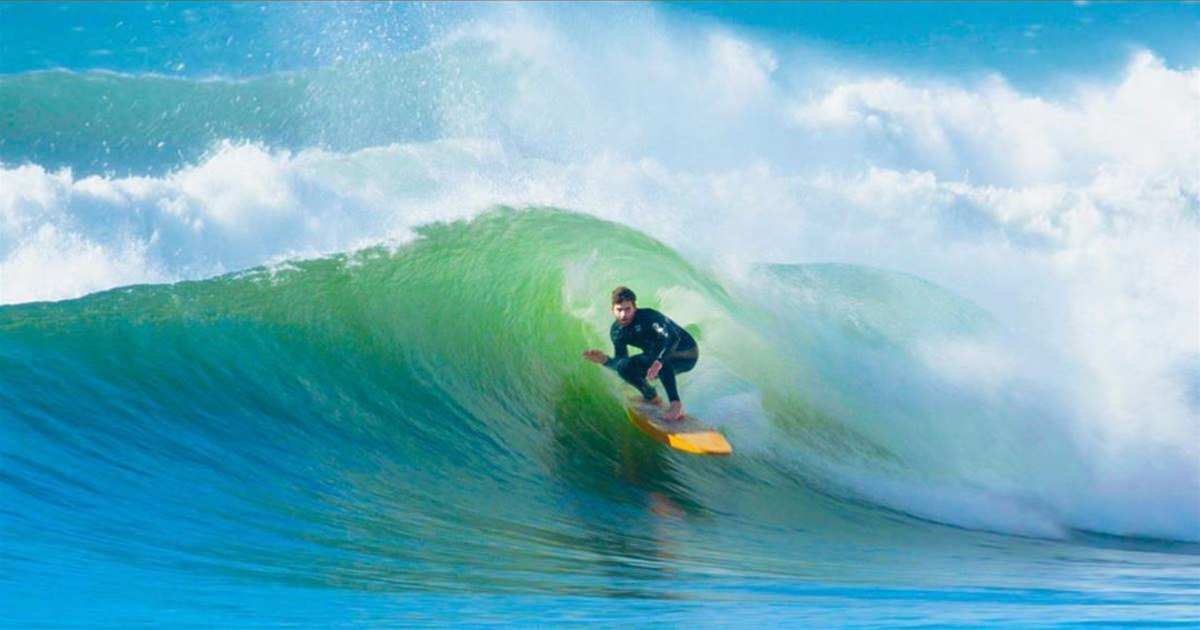 Nole Cossart chasing a different sensation on his hand-crafted Kook Box.
The footage of him surfing in Baja and home backs up his thinking. While he is talented surfer, his finless gliding on these surfing time machines looks effortless. Perhaps the only drawback though is the amount of interest that his creations induce each surf.
“I have to be ready to talk to people when I go to the beach,” he explains. “Just walking from the car to the surf I’ll end up talking to three different people describing what it is.”