Point Break gets rebooted, Chris Burkard discuses the joy of pain, Dane Reynolds is the Fiji Pro wildcard and more.

Is Jay Davies the most popular surfer in the world right now? Fans froth on his coupling of charging huge barrels as well as his immensely down to earth vibe. His air game is on point, he’s proven himself on the world stage and he’s produced countless great web sections already this year (and it’s only May!).

Here’s the latest of his clips, this time featuring a left, many barrels, warm water, high-fives, tropical tunes and good vibes, all shot in (what looks like) one glorious session.

The much anticipated trailer for the remake of ‘Point Break’, the 1991 cult classic, dropped earlier this week. The original, which starred Patrick Swayze and Keanu Reeves, may have been the catalyst for many of you to take up surfing in the first place which I’m sure you’re grateful for. This time, there’s monstrous Teahupoo making a cameo of its own along with a couple of notorious big wave spots. Hear about Laurie Towner’s horrific wipeout while filming as a stunt man right here.

Jordy Smith has one of the best rail games in the world, there is no doubt about that. Unfortunately for Jords, 2015 hasn’t been his year so far in competitions but with his level of talent you’d expect a result to be right around the corner.

If he surfs anywhere near the standard of this clip at the Lowers event later in the year, he will definitely get a solid result. The amount of spray projected from every turn in this clip is phenomenal.

Chris Burkard and the Joy of Pain

Chris Burkard might seem like a madman to some. He gave up his dream job of travelling to exotic locations as a surf photographer and replaced it with the seemingly harsh reality of venturing to arctic locations and wearing the thickest wetsuits money can buy. His justification was simple: he needed a challenge.

Chris’ TED talk is extraordinarily well presented. His public speaking skills are as impeccable as his photography skills and his teachings about the joy of pain are somewhat profound. Have a watch, you won’t regret it.

Down Days in Iceland With The Gudauskas Bros

We’ve known for a while that the Gudauskas brothers live the perfect life, but they keep finding the need to prove it to us. Earlier in the week, the Gudangs dropped their latest webisode of ‘Down Days’ which features plenty of sightseeing, surfing, some travel tips and a visit to the thermal baths. This series features great travel/surf mini documentaries and provide great advice for the more adventurous surf traveller.

Hopefully, Dane (finally) comes to play after being selected as the Fiji wildcard. We know Dane hates nothing more than surfing bad waves so surely that won’t be his excuse if he loses early in Fiji. Dane’s high quality backside rail and air game might just be a telling factor if he does decide to perform well.

Here’s a reminder of just how well the guy can surf. 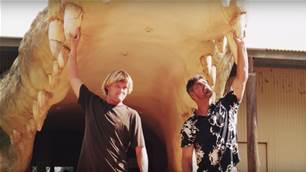 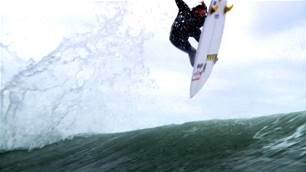