With a pause in the Hawaiian Pro we look at who is best placed to make the cut.

With a few lay days called ahead of another solid swell at Haleiwa, it’s a good time to check in on the Aussie blokes and their quest for CT qualification. With the Brazilians already having locked down the first four spots, six remain open. Here we look at who's doing what where and what needs to go down for them to be a CT surfer in 2020.

The goofy powerhouse went into Hawaii as the highest-rated Aussie on the QS and is through to the Round of 32 in Hawaii. That guarantees him a minimum of 2100 points, 1000 points better off than is current last counting score. Even a fourth-place heat finish, therefore, would push him over the 18,000 mark and ever closer to CT for 2020. If he gets through his next heat (against fellow Aussies Carmichael and Cibilic) he would be sitting on 19,000 points plus and an absolute lock for 2020. A nervous few days await.

Wedge city from a little session down south 🎥

The Port Macquarie Prince was sitting in 11th with 16,750 points, but his consistency throughout the year means his lowest counting result is worth 2,200. His early loss in Haleiwa means he didn’t improve on that and he will now slip down the rankings. To get over the 18,000 point barrier, which we can assume is the safety marker, he’ll need a Quarterfinal result at Sunset, or at least three heat wins. No easy task, but perhaps no surfer is more deserving. A few nervous weeks await.

An early exit at Haleiwa means the 19-year-old Burleigh natural footer is stranded on 14,350 points and destined to drop down from his current 14th ranking. Also counting a 1000 points as a score a solid result at Sunset however would see him come back into contention. Sure he is untested at Sunset, but has the tools to do damage. Either way, it has been a breakout year for Liam and he’s laid down a huge marker for the future.

More heartbreak for Stu who made the Final in the last QS10,000 event in Ericeira and stormed back into a solid bet for qualification in Hawaii. Haleiwa is a wave that suits his rail game, but he was wave starved and failed to make an impact in his early exit. Sunset is a wave he knows well and his experience will come into play as he seeks to get back on the CT after dropping off in 2017. His good mate Connor O’Leary will be in the channel and in his corner and few feel the pain, or the elation, more than Kennedy. The next few weeks could define the rest of his career. 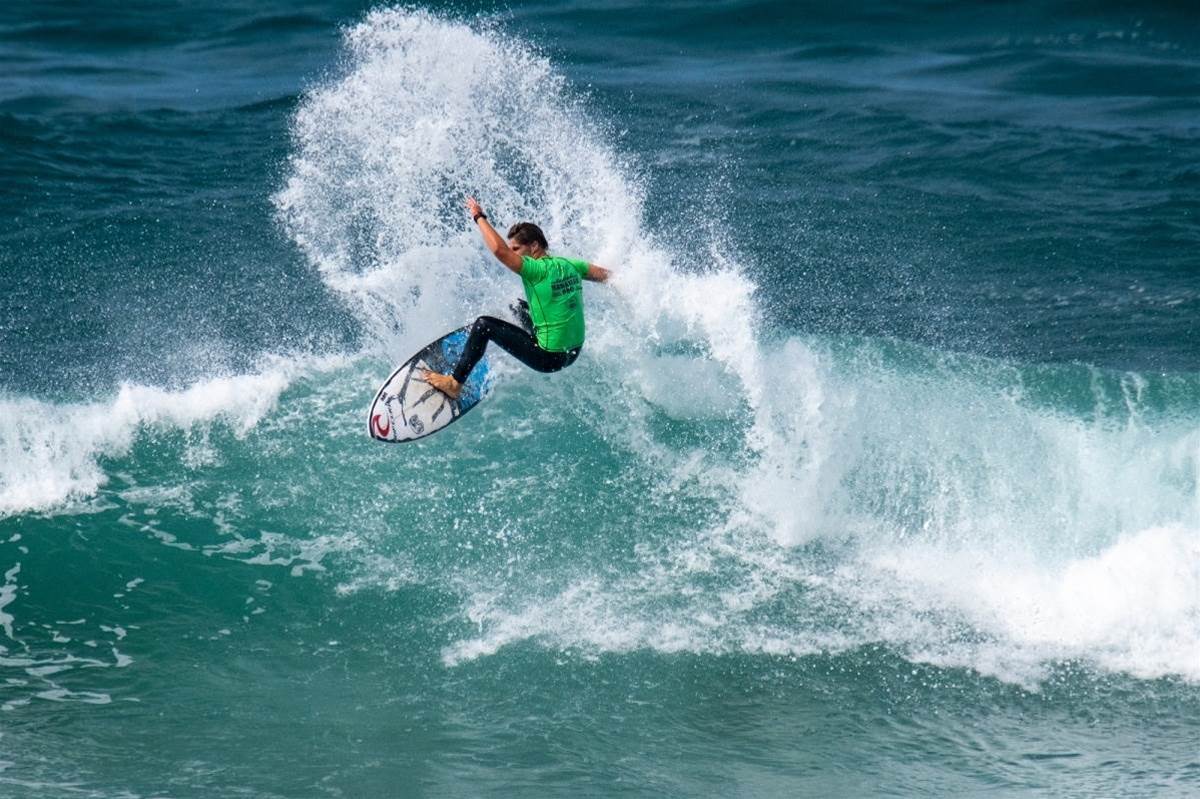 Morgan Cibilic has had a late season charge and may be the darkhorse for tour qualification. WSL/Keoki

The 22-year-old natural footer splits his time between Yamba and Newcastle and is on fire. He is in the CT qualification frame courtesy of an incredible back half of the year and in particular a great Europe leg. He is already through to the Round of 32 in Haleiwa and with counting scores of just 450 and 1000 in his total (currently 16th with 13,850 points) he is one of the best placed in the top 20 to make up serious ground. Hawaii suits his style and this unassuming and extremely likeable surfer may be the surprise QS of 2019. 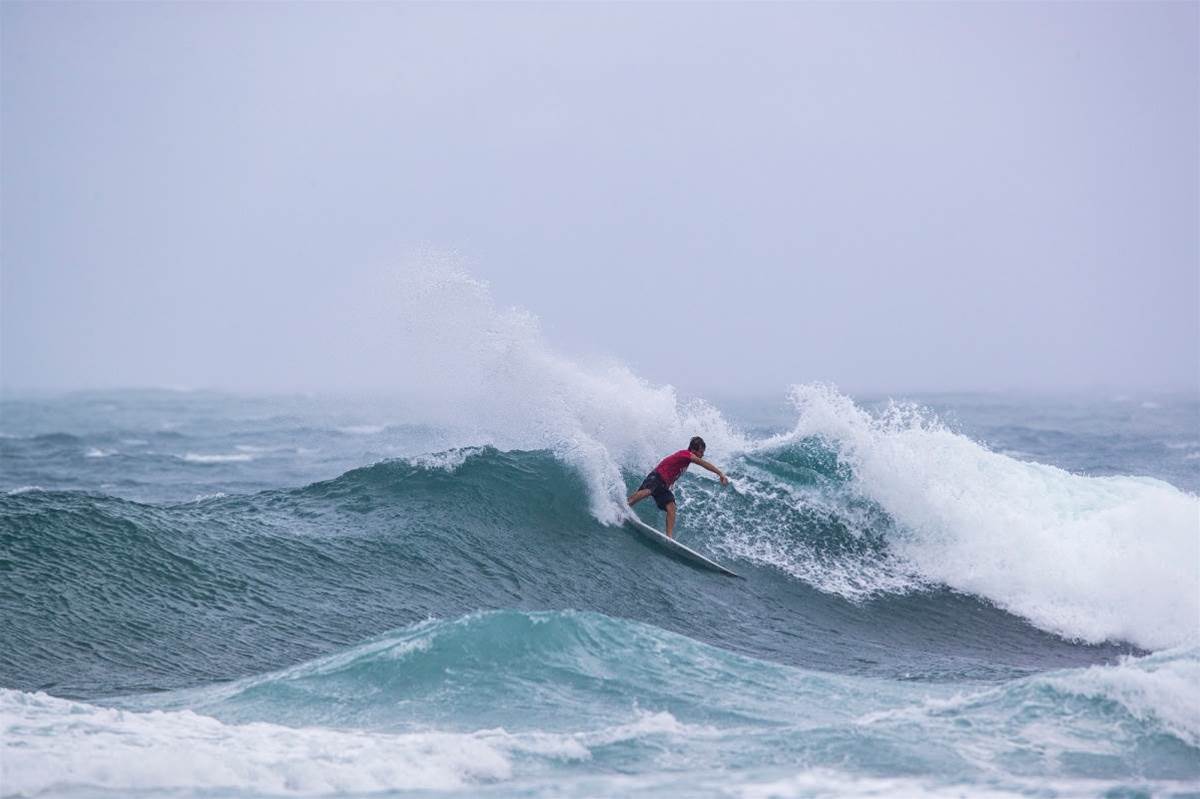 Can Jack Robbo get the job done? He has the whole of Australia, and surf fans in general behind him. WSL/Heff

Robbo’s Hawaii’s pedigree is well-known, but the bulk of his points this year have come in beachbreaks in Newcastle and Spain. However, despite his win at the Volcom Pro he’s yet to bag a decent result in any of the QS10,000 events this year. Of course with two in Hawaii, there is now no better time. The next heat with Ryan Callinan, Barron Mamiya, and Tanner Gudauskas shows how hard it is to progress, but a few heats here could set him up for a big finish at Sunset, a location where he habitually makes Finals. He’s matured remarkably both personally and competitively in 2019 but now needs to ice the cake in the Islands.

The West Oz goofy finally got the points his talent deserves with a Semifinal and 6500 points in Ericeira. Unsurprisingly that event featured six-to-ten foot rights for most of the rounds and his massive turns stood out. His 11,000 point haul is a long way back from where he needs to be, and he’ll need two solid results at both Haleiwa and Sunset, yet stranger things have happened. If the swell pumps (as predicted) he’s in with an outside chance. 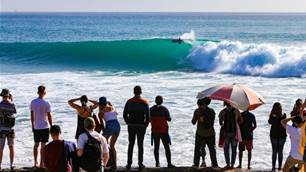 How did the QS Crew Choose Between Pipe and Morocco? 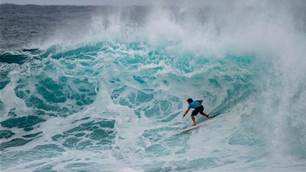