As surfers, many of us can pinpoint the moment that surfing came to Australia. We know that Duke Kahanamoku performed a surfing demonstration on Sydney’s northern beaches, and we know there was a girl.

But who was she? How is it that in 1915, in Federation-era Australia–when bathers wore neck-to-knee swimsuits and the Archbishop of Sydney was advocating for sex-segregated beaches – a young woman was among the very first Australians to ride a surfboard? And how is it that, with such an early formative figure in our surfing history, women remained outliers of the Australian surf scene for the better part of a century?

In order to understand Isabel and the  legacy she left behind we must examine  the context in which she lived. Letham  was born in 1899 into a world on the  cusp of change. Australia would gain its independence in 1901, and the following year, on the back of a fierce suffragette campaign, women gained the right to  vote. Around the same time, the ban on swimming in daylight hours was lifted, and it became a popular activity at city beaches. As historian Dr Anne Rees, from La Trobe University explains, “Australia was hailed as a progressive nation, and there was a lot of excitement about what would come next.” The first wave of feminism had reached our distant shores, and Letham’s mother was an active member of the movement. This is the backdrop against which Isabel grew up, a time in which women broke boundaries and sought new horizons. “I had been brought up to stand on my own two feet at a very early age,” Letham said in a radio interview. “I was quite determined I was going to ride a surfboard.”

It was in the summer of 1915 that Isabel’s life intersected with that of Duke Kahanamoku. She was already a competent body surfer and for this reason was selected to partake in his second surfing demonstration at Dee Why beach. Sydney’s 'Telegraph' stated, “When the Duke stood up the sight was grand... Later, Kahanamoku came in standing on his head, and at another time carried a lady passenger.” Afterwards, the Duke left his board with Isabel and she quickly developed a passion for surfing. Her father initially disapproved, but faced with her strong resolve, he relented and built her a redwood surfboard of her own. 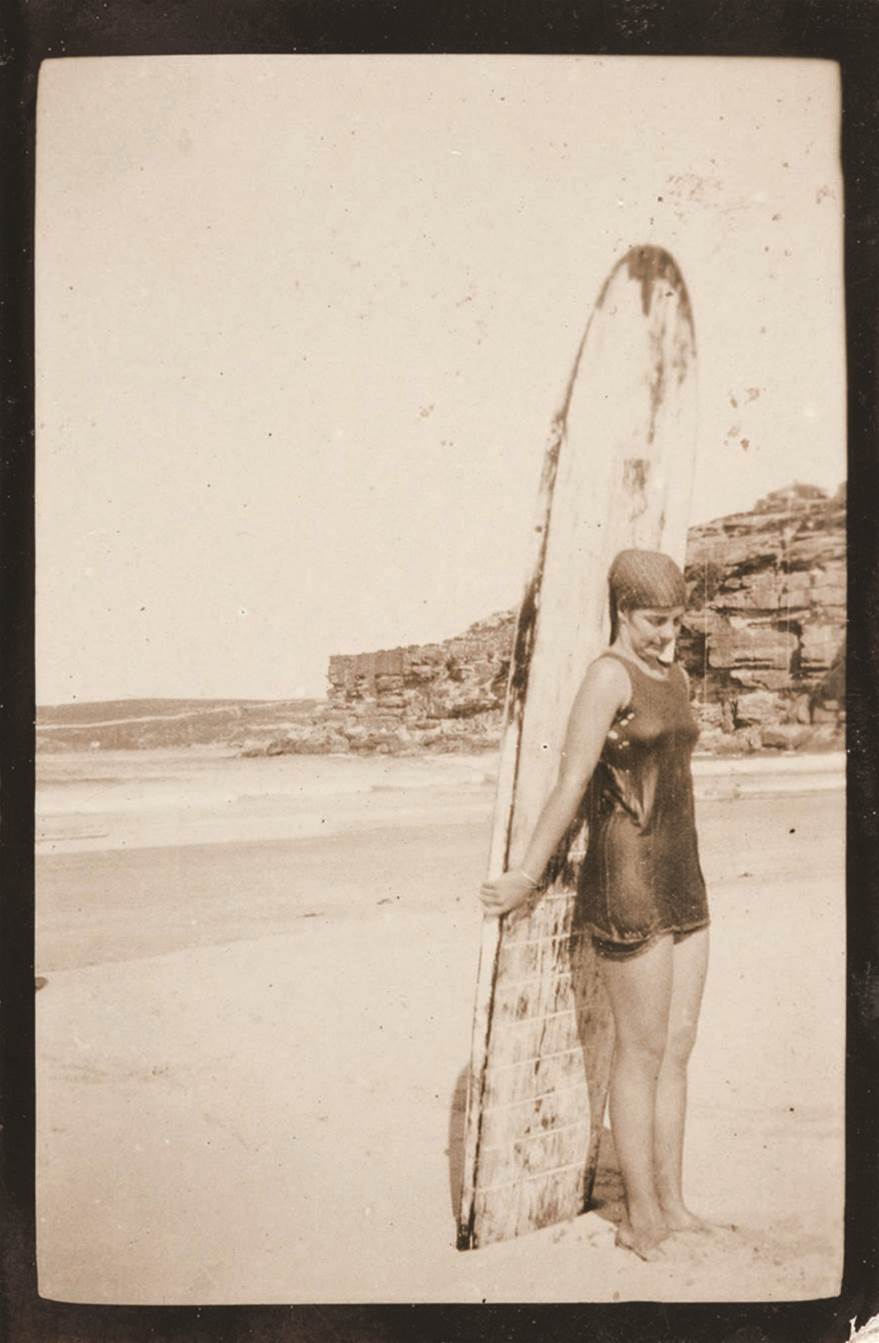 Isabel proudly gripping her board.

With the emergence of ‘the modern woman’ in the early 20th century, the moment was ripe for Isabel to take up surfing. “[Women] really wanted to break through into other terrains that had been dominated by men, including the professions, but also sports and different forms of leisure activities,” says Dr Anne Rees. “A huge way in which women asserted their modernity, their independence, their freedom was through new forms of bodily movement and display.” But this bold new world would not last. According to Rees, Letham came of age during the, “Last hurrah for progressive Australia that existed in the 15 years or so between Federation and WWI.”

In subsequent years, the memory of Letham and all she represented was sidelined in favour of the ANZAC legend and the very masculine image of the surf life-saver – two national mythologies into which women did not fit. The Australian Women’s Weekly would begin circulating in 1933, and the figure of the housewife would once again take precedence. But it wasn’t only shifts in wider society that buried Letham’s legacy. As writer and historian Clare Wright explains, “Surf culture itself developed in a way that largely blocked the participation of women.” Throughout the mid-century, prominent figures in female surfing were few and far between. Gidget rose to fame in the late 50s, and in 1964 Phyllis O’Donnell won the World Surfing Championships. 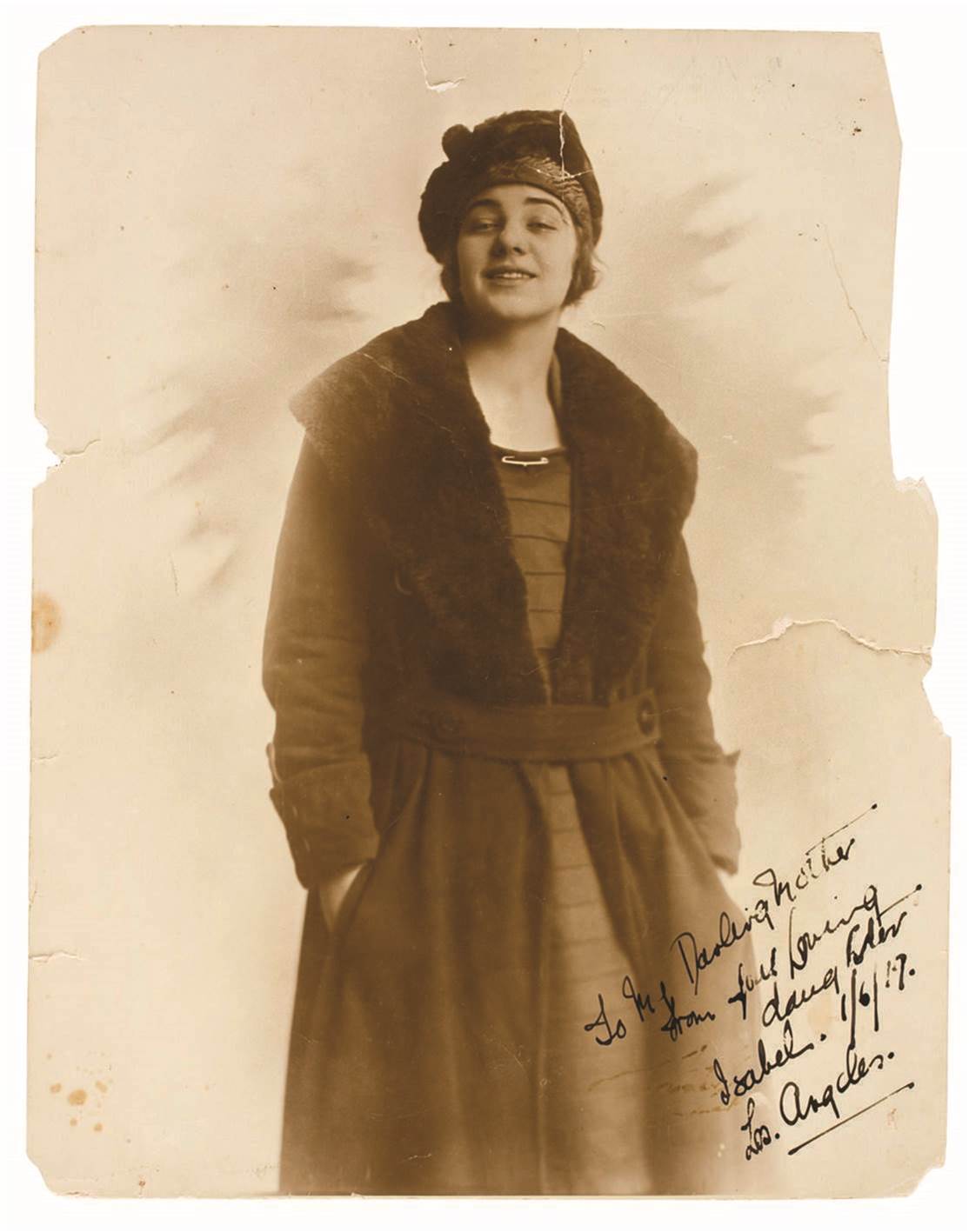 In or out of the water, Isabel was guided by an adventurous spirit.

But by 1979, when Kathy Lette wrote 'Puberty Blues', the lineup had become an unwelcoming place for girls and women. “We were like placeholders,” remembers former world champ Pam Burridge of surfing in the 70s, “Going through that decade when it was just aggressive. People protecting their breaks. It was very macho. 'Puberty Blues' was not a fantasy.” Women were denied membership to surf life-saving clubs until 1980 and experienced hostility in the water for longer still.

Isabel Letham grew up during an exciting period of women’s liberation. A formidable character with big ambitions, she led  an adventurous and independent life, unbound by the expectations placed on many women of her time. In 1993, Isabel was inducted into the surfing hall of fame. It has been suggested that Letham was far from graceful as she rode her first waves back in 1915, and that her influence on surfing has been blown out of proportion. But what is important, I think, is not how well Isabel surfed, but that she was there and that she surfed at all. More than 100 years after her exciting debut, female professional surfers have gained equal  pay, and Isabel would have been pleased. While the world needed a little more time to catch up with Isabel, we should be proud to call her a pioneer of Australian surfing, somebody who symbolises a positive and progressive genesis to our surf culture. 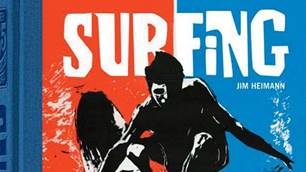