A stretch of coast awash with glorious memories of Pro Surfing.

It’s been a tough week for the WSL. After their proposal to host a CT event at Lennox Head was met with a twenty-foot close-out of community opposition they were left to consider alternative locations for an additional CT on the Down Under Leg. While Lennox locals swirled with discontent and division, Tracks got the tip-off that Sandon Point, just North of Wollongong, was next in the WSL’s sights as a potential contest location. Tracks posted the juicy tit-bit about Sandon on Instagram and soon after the social media battlefield lit up with vitriol. Now, while it was unclear which commentators were actually Sandon locals it was quite apparent that there was some firm opposition to the concept of a CT contest at the renowned right point. “How’s get fucked sound?” commented lozza_gill , putting the matter as succinctly as possible. The poor old WSL and their surfers must be starting to feel like a band of beggars who repeatedly get the door slammed in their faces. At least South Coast Pro, Kalanni Ball, was more supportive. "Run it and give @eddyhamaty or @lukewrice the wildcard," he commented.

Sandon may still be on the agenda and Instagram is certainly not the barometer by which all decisions should be made. If the WSL learn from their Lennox mistakes and do a better job of community consultation they may get it over the line. However, while they chase down that rabbit hole surely it’s worth considering the idea of a Sydney Beach as a site for a CT? If community endorsement is one of the key criteria for hitting the green light on a contest then it seems more likely that a Sydney location will roll out the red carpet for the maligned WSL wanderers.

Any surfer who grew up in Sydney has an archive of glowing memories of the times when the world’s best mens and womens surfers descended upon their urban-fringed shores.

Some were on the beach at Manly for the fabled 1978 Coke Surfabout tube-duel final between Wayne Lynch and Larry Blair. Throughout the 80s a litany of memorable events was hosted at Narrabeen and Manly. Gary Elkerton and Damian Hardman’s world-title deciding semi-final in 1987, where Dooma got the nod, is another nostalgic high-point for surf fans who swarmed to Manly for the Coke Classic. 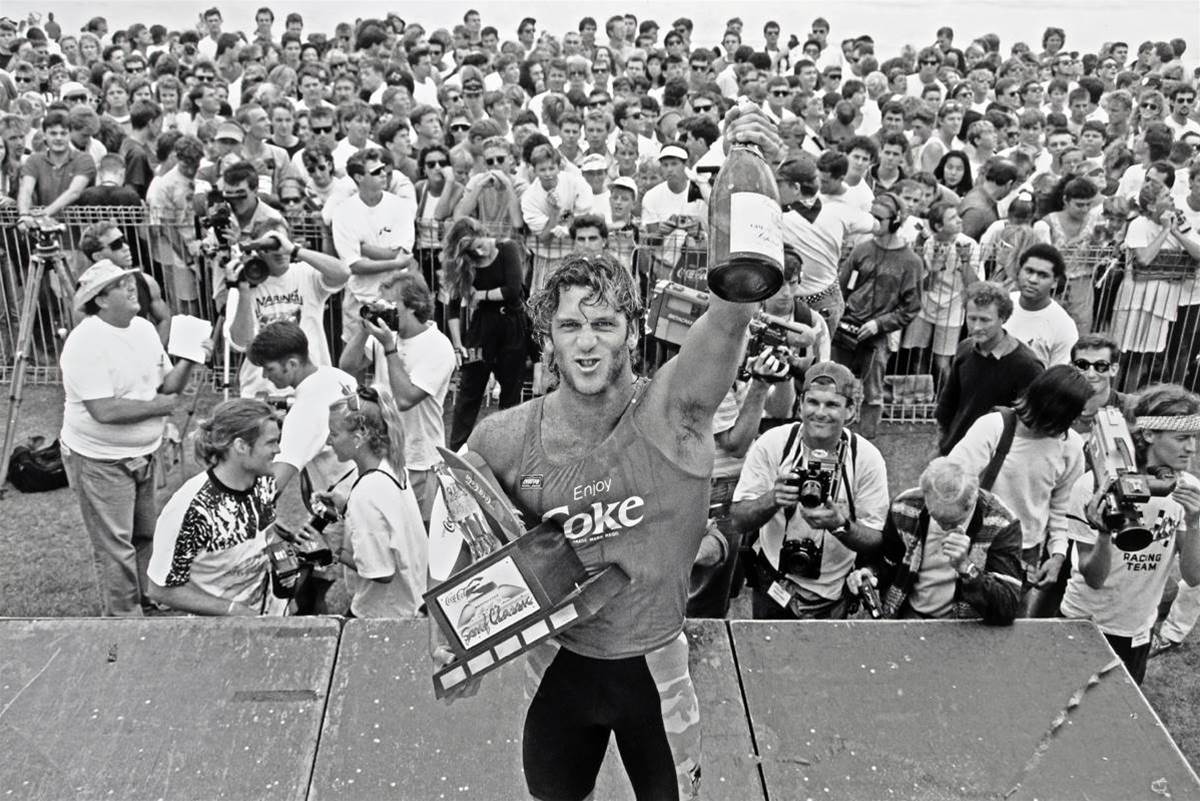 In 1992 Shane Herring and Kelly Slater famously met in the final of the Coke Classic at Narrabeen. Both surfers were twenty, still evolving and seemingly at the dawn of brilliant careers. Herring won the contest and burned out, meanwhile, Kelly went on to win his first world title in the same year. Thus Narrabeen was at the core of a critical juncture in pro surfing history.

As far as fitting locations for a 2021 CT go Narrabeen is the frontrunner. It’s a world-class beach break and offers highly contestable conditions on most days of the year. The Northy crew rarely travel up and down the Northern beaches because, on any given day, it’s often harder to find a wave better than Narrabeen. The other factor in Narrabeen’s favour is its history as a heartland of competitive surfing. It has always been a breeding ground for world-class surfers. 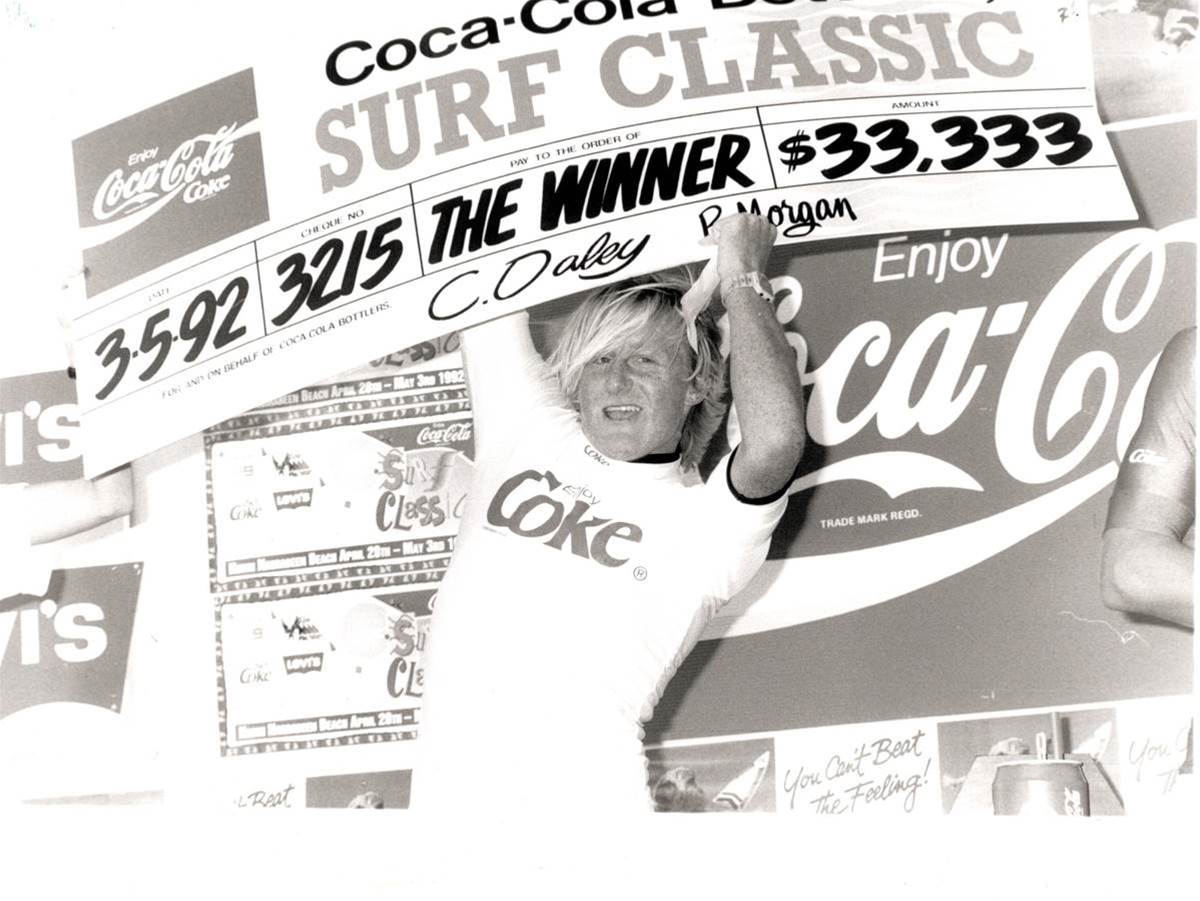 Blonde-fringed Shane Herring defeats Kelly at Narrabeen in 1992 and gets the cheque with all the threes. Photo: Clifford White

Narrabeen may be sacred ground for surfers but it’s certainly never been a no-contest zone. It’s also worth pointing out that it’s the first time in decades that Narrabeen hasn’t had a regular representative on the CT in either the womens or mens division. They’d love to deliver a couple of their aspiring young surfers (like Dylan Moffat) a chance to score a wildcard and slay CT giants.

For the WSL, the scenario is increasingly challenging, given the hurdles provided by the ongoing COVID crisis. The latest rumours suggest that the WSL is hedging its bets on running four contests in Australia and then crowning two world champions with a fifth event under their new Finals Series format, which sees the top five women and top five men surf-off on a single day.

Apparently, they are still hoping to run this last event at a more exotic location like Tahiti or Fiji. Therefore if you count Pipe that would mean five events plus the one-day ‘Finals’ contest to determine a womens and mens world champion. 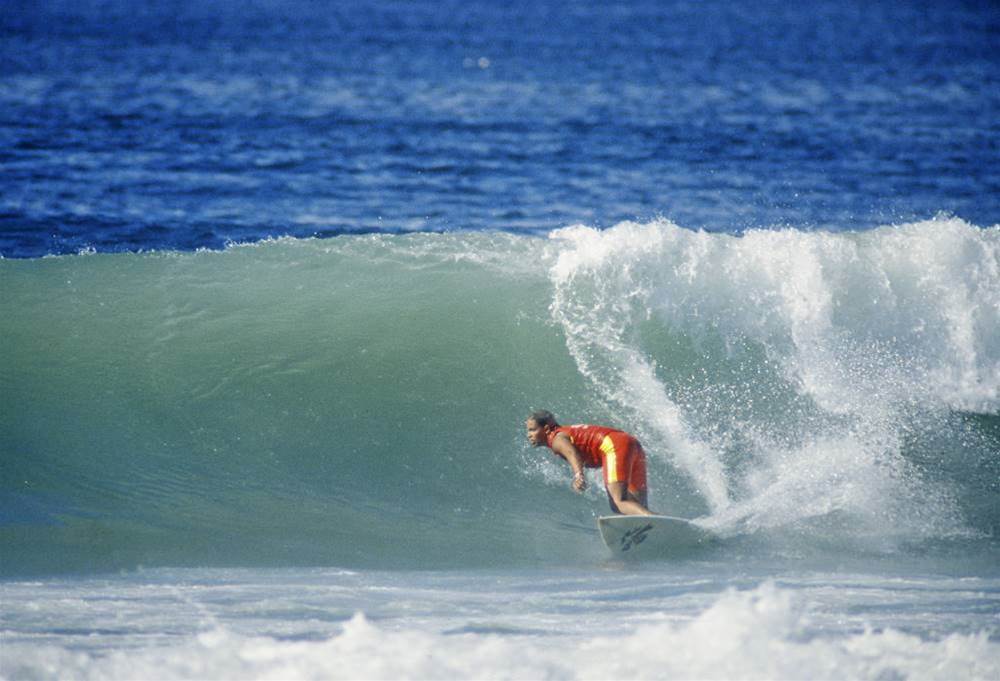 Lisa Anderson laying it over on an inviting wall at the 1988 Coke Classic at Manly. Photo: Nolan

At some point, fans must also come to the party and accept the peculiarities of the situation. Perhaps a Sydney contest does not meet the lofty expectations of some contest viewers.   However, as one WSL diehard said to me today, “I’m just desperate to see a surf contest with the world’s best surfers. A Sydney event would be great.”

Certainly, if you are a big fan of Pro surfing from Lennox Head who opposed the proposal for a  contest on your doorstep, you couldn’t then complain about the lack of wave quality if the tour came to Narrabeen or Manly.

Obviously, there are a range of government and bureaucratic windows to climb through in order to secure a contest at any location, but if the WSL is being forced to re-write the tour schedule on the hop, then they could do a lot worse than come to Sydney

... Apparently, even Bondi, the site of several ASP events in the 80s, has good banks at the moment. My what a scene that would be. 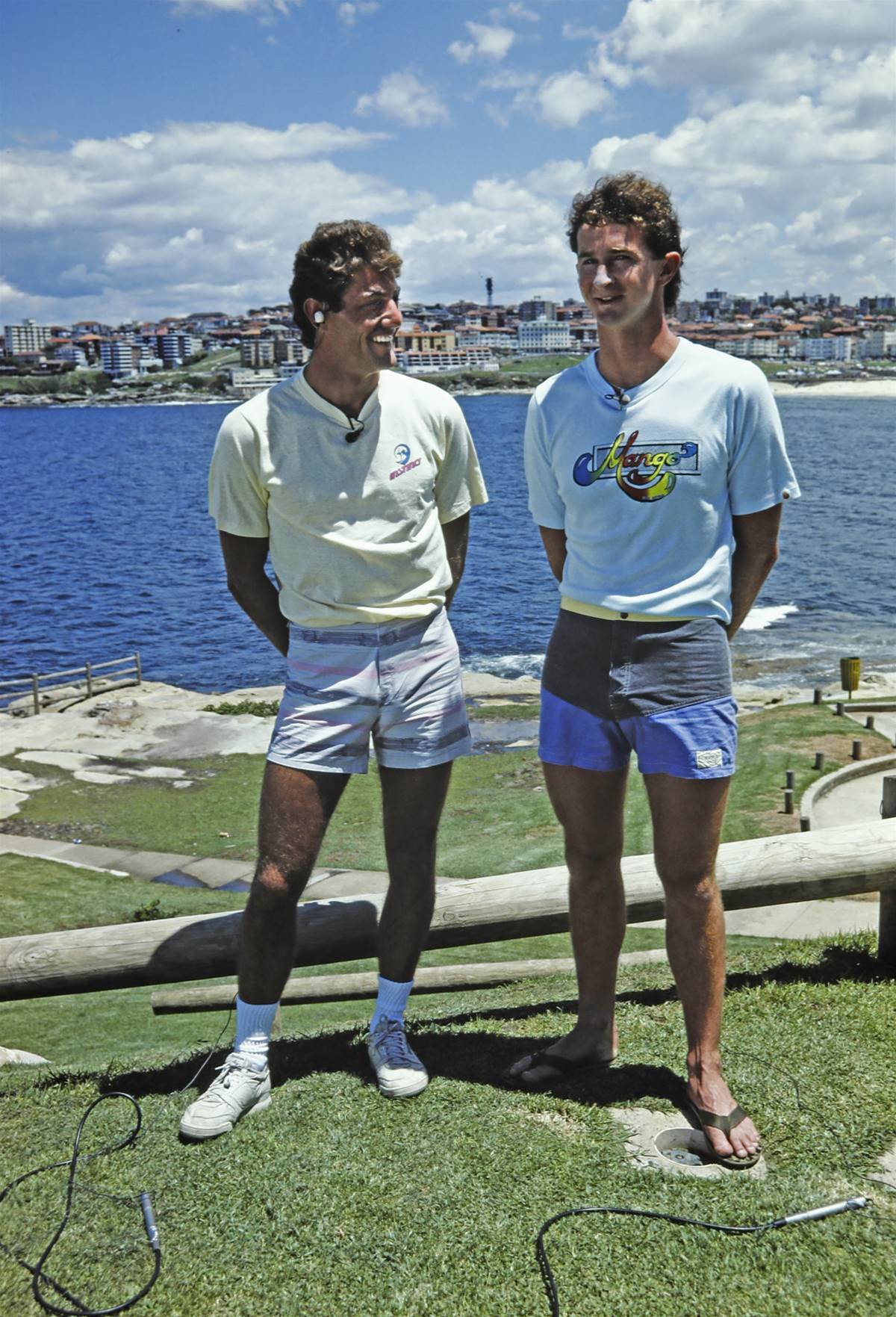 Shaun Tomson and Mark Richards meeting with the press at Bondi in the lead up to a contest in 1984. Photo: Nolan