Occasionally caught inside by Indo lines and surfed out. Good problems to have right now.

April was a slow month in Lakey Peak. There were very few major swell events, but the Southern Indian ocean still managed to produce something. Most days there was a wave to surf, and the winds remained fairly light. With beautiful glassy conditions first thing and mild trades in the afternoon. The Peak had a crowd of regulars on it early, but it was less busy across the channel at Pipe, or down the road at Cobblestones. Or you could always wait until later in the day. Even with the trades blowing, Lakey Pipe was still usually clean. There were small barrels on offer for those willing to mix it up with the local kids, who were always taking off much deeper.

You could sense the seasons changing as May approached. The trade winds strengthened and started to blow from mid-morning. The forecasting apps lit up with back-to-back swells. It appeared the Southern Hemisphere winter was finally starting to get underway. Lines of heavy groundswell were soon marching in, slamming into the reefs at Peak and Pipe, and sending wide bumpy clean-up sets through Nungas. The dawn paddle out swiftly became a more tentative affair. Rather than rushing out for a few empty ones, you would be intently scanning the horizon, trying to gauge the size of the sets. Board selection started to become all-important. Paddling around the reef, only to discover that you were hopelessly under-gunned was never a good way to start the session.

The café on the beachfront became more crowded than the respective lineups. Previously enthusiastic surfers started to linger over their morning coffees while offering up half-baked excuses on why they weren’t heading out. Unfortunately, I wasn’t in a position to judge. I had paddled in often enough with my tail between my legs. During our first real run of swell, I chased a smaller wave in and missed it. When I turned around, a frightening hunk of ocean was building out in the deep blue depths. There was a panicked moment of indecision, as I contemplated a mad dash for the horizon. But there would be no escape this time. Resignation and fear curdled in my stomach as the wave stood tall. With nowhere else to go, I began desperately paddling back towards shore, hoping to give myself time to take an extra breath. 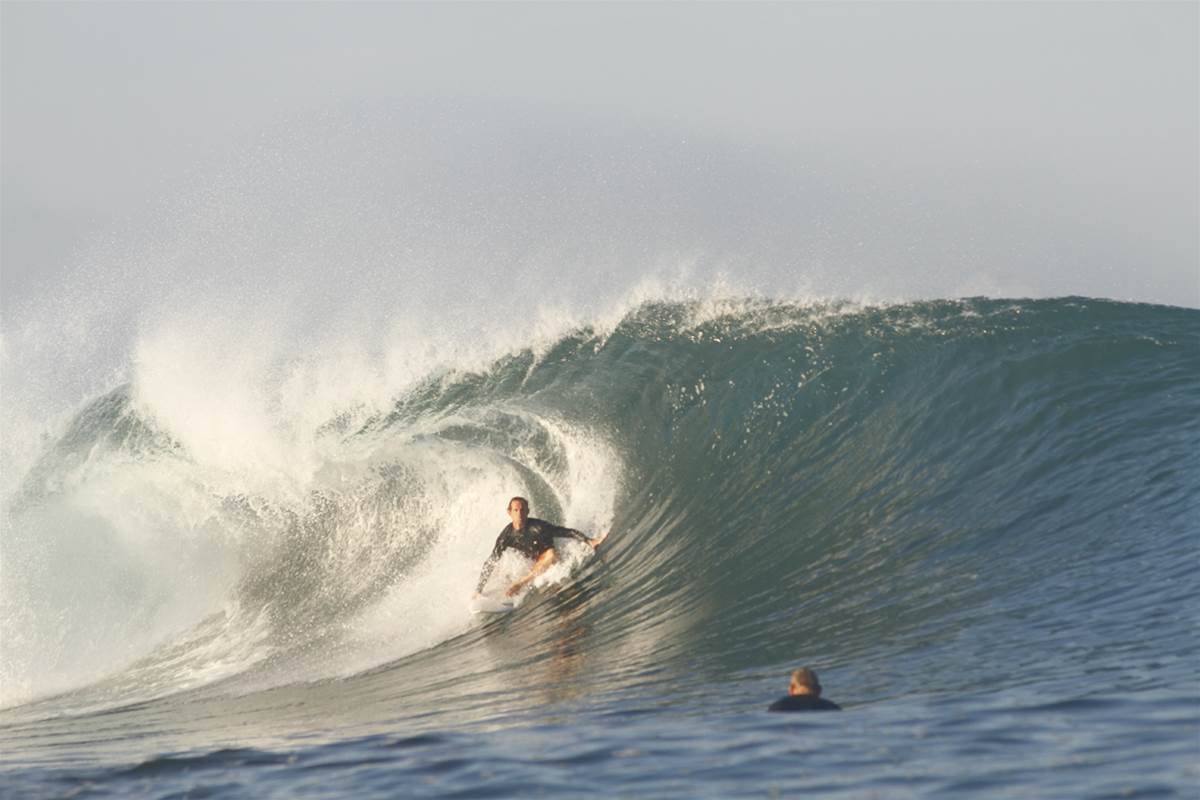 The author making excellent use of the backside, bum-drag technique.

I’ve always found getting caught inside at solid Lakey Peak to be an especially difficult experience. The shape of the reef really concentrates the power of the wave. If you are unlucky enough to get stuck right in the impact zone, you are in some trouble. When that explosion of whitewater gets a hold of you, it’s a bit like being caught in an underwater tornado. The wave ragdolls you in these big circles, while you wrap your arms around your head, and pray that you don’t hit the coral. I ended up being flogged by every wave in the set, and was washed up under the photographer towers. It was an easy decision to call it a day and paddle in from there.

The waves continued through the first half of May. The swell just kept coming, and there were no flat days in between to rest tired shoulders and let the reef cuts heal. I definitely start to feel my age during extended runs of swell. The various aches and pains worsen with each passing day, requiring consistent yoga sessions to keep me in the water. A regular snooze also becomes very important. After a long nap one afternoon, I dragged myself out of the air-conditioning for a belated surf check. The winds had dropped and there were glassy empty overhead lines rolling through the reefs out front. I could feel my shoulders slump in resignation. It felt like I was teetering on the edge of exhaustion, but that didn’t really matter. The waves were pumping and the crowds would be back soon enough. I had to go surfing. 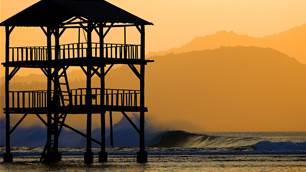 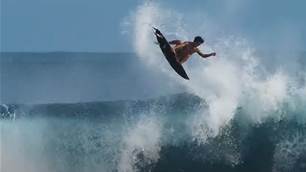