A special relationship between man and wave.

It was last Friday the news of Baddy Treloar’s passing filtered through the Australian surfing microcosm. It was sad and sobering. Not only had family and friends lost someone very dear to them, but surfing itself lost an iconic figure.

Baddy was perhaps best known for his lifelong love affair with Angourie Point, the early days of which were brilliantly captured in Morning of the Earth.

This clip captures Baddy riding his beloved point during the late 90’s. It was captured by Monty Webber as part of his film 5 North Swells. It also features Baddy ferrying Dan Ross (we think) and Joel Parko out to surf a mysto bombie for the first time in his tinny, hooting and loving it the whole time.

A fine tribute to a man, his wave and his love for the ocean. 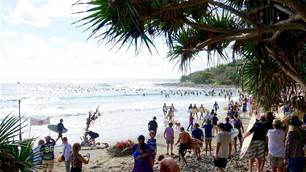 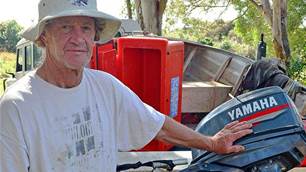