Let Nic von Rupp take you on a Euro Odyssey

With its slick production values and an array of infrequently seen, world-class waves there is much to like about Nic Von Rupp’s new web series ‘Von Froth’.

Nick isn’t short on confidence as a frontman, which is what you need if you want to hold an audience captive between twelve-foot grinding pits. Nick makes sure plenty of other surfers enjoy cameos and with the subtitled conversations, it might even prove to be an unlikely way to learn a little Portuguese. One thing is certain, these first three installations suggest Von Rupp has one of the most privileged surfing lives on the planet. Check the latest installation and then watch ep's one and two below. 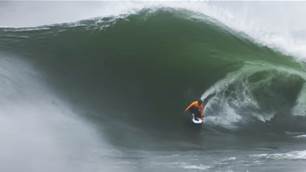 Watch: Is the Cave Europe’s Most Dangerous Wave?