A revolutionary board re-released.

Bob McTavish crafted The Rincon at the height of the shortboard revolution all the way back in 1968.

“Fifty years ago the Shortboard Revolution kicked off in Sydney, Australia,” recalls Bob. “The standard everyday surfboard plunged in length from 9'6 down to 6 feet in two years, globally – a true Phenomenon.”

“That first year, 1967, the shapes revolved heavily around stubby full templates and vee bottoms, as we shapers cautiously tried to maintain paddling volume. But by January of '68, we realised knee paddling was over, and Hawaiian inspired templates with full but pointed noses were far more aesthetic and functional. Hence I spent six wonderful weeks at Rincon in California perfecting the shape, riding an endless long rides from way out on the Indicator all the way through to the beach.

“The Rincon shape performed so well that it revolutionised the Californian surfboard industry almost overnight. Old clunky longboards were dumped. Speed and carving were in.”

McTavish have now re-released The Rincon as part of their range and it has become one of their most popular models. The reason? In a word … versatility.

It’s a ride that will handle everything from one-foot dribble all the way up to double overhead lines. A mid-length you can fit in the car, but still trim on, and also throw around if desired.

Plus it’s pretty cool to be riding something which was a pivotal craft in the evolution of surfing. And Bob assures that it is true to form.

“The Rincon today is the act same outline template, the same low rocker, and the same small rounded rails, the same sweet specially designed fin. A true honey from sixty-eight, still sweet and perfect in 2017!” 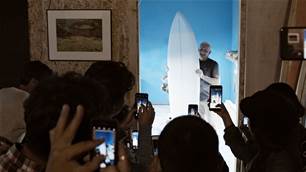