A hilarious trip back in time to when the humble surf movie was at the forefront of our culture.

It has been a minute since Rip Curl has graced us with a Search flick. The delay helped in no way by a global pandemic that has all but erased international travel. Without the ability to access those secret faraway corners of the globe, how would Rip Curl continue the legacy of The Search?

The answer? Get meta on it and make a flick about The Search itself. It also doesn’t hurt to have the best winter of waves in recent memory at your disposal, and the Blakey brothers in the writer and producer’s chairs.

Shot over 10 days on the North Coast of NSW and SE Queensland, ‘Postcards From Morgs’ chronicles the epic and hilarious quest of Morgan Cibilic to get himself on one of Rippy’s Search trips after the pandemic shits all over his dream of starting his rookie year on tour.

Now acting and surfing are usually a recipe for disaster, but in the tradition of seminal surf flick Doped Youth (another one with the Blakey boy’s fingerprints all over it), Postcards From Morgs shows it can be done and it is genuinely fucking hilarious at times. Choc-full of golden one-liners that groms will be spouting for years to come. “Has Susan had the guinea kittens yet?” One of our faves.

A huge pat on the back to all involved, especially Rip Curl for making it happen, and the Blakey boys for squeezing a diamond form a COVID sized lump of coal.

Oh yeah, the surfing is fucking rad too. Watch out for Molly Picklum! She’s gonna be taking the surf-world by storm real soon. 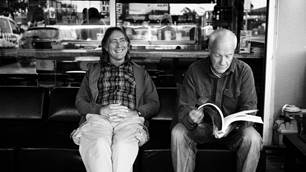 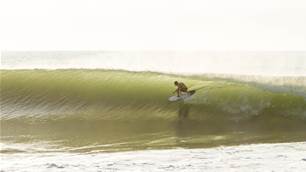 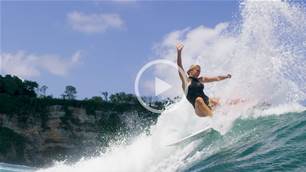 The Rip Curl Women On the Island of the Gods