One of our fave surf series from 2019 was Weird Waves, in which host, Dylan Graves, traversed the globe in search of the strangest non-traditional ways of getting your surf fix.

Now it has returned for its second season. In Episode 1 we join Dylan as he heads to Alaska to take in a spot of Glacier surfing, in which one rides the waves created when giant chunks of ice fall from the Glacier face creating a set of waves.

Given the imminent threat of global warming, one might think this could become an increasingly popular way of getting wet, but hopefully not.

The crew also drops into what the locals call America’s longest wave! 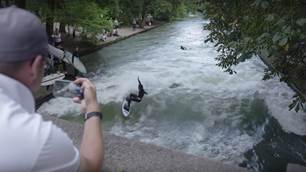 Weird Waves: The Eisbach in Germany 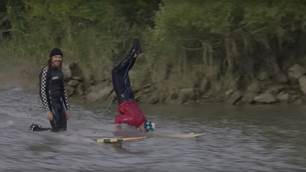 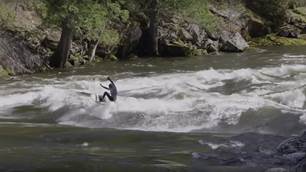