A sizzling reel from the young Kiwi come Gold Coaster.

Tane Bowden honed his surfing on the wave rich North Island of New Zealand. And while it was no doubt an idyllic set up, a couple of years ago Tane moved across the ditch with his family and landed on Australia’s Gold Coast.

Ever since then he’s been quietly making a name for himself in some of the plant’s most competitive and congested lineups.

In this clip Tane sets about taking his adopted breaks to pieces, and also undertakes an impressive stint on the North Shore. 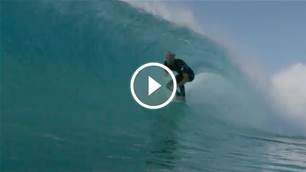