When Jack O’Neill passed away at the beginning of June, surfing lost one of its most historically important figures.

The eyepatch-wearing icon from Southern California was dedicated to improving his pastime. So dedicated in fact, that he gave his eye to it – the result of an accident while testing an early legrope design in the 70s.

But what Jack is most noted for is gifting the surfing world with the wetsuit. An invention that has allowed surfing to expand around the globe, and waves to be ridden in places few had thought possible.

Even up until his death at 94 years of age Jack continued his love affair with the ocean, remaining a staunch champion of the marine environment and its protection.

The company that bears his name recently put together this tribute to Jack. 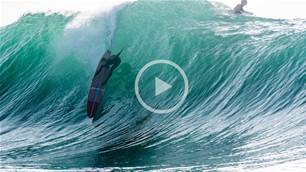