Earlier this year Dane Reynolds, Dillon Perillo and Yadin Nicol went to Morocco and scored. Yes you know the drill, three of the best surfers of the world tap into a region's best waves and surf it how it should be surfed. Boiler Boys is the result and the latest upload on Dane's video portal Marine Layer Productions. Here's what Dane said via MLP:

“BOILER BOYS” ~ Boilers is the most consistent wave in the popular surf region of Taghazout, Morocco. A boiler deposited in the lineup from a shipwreck marks the takeoff spot, hence the name ‘boilers.’ There’s a group of fisherman who live just above the high tide line in some jenky rooms built in to the cliff that someone told us they call ‘the boiler boys.’ Whether or not this is true is irrelevant… despite it’s pretty water color and scenic lanscape, ‘boilers’ is far from perfect. The reef is uneven and the crowd is thick making it hard to feel any rhythm while surfing. basically, in short, it’s fun but it’s not the wave you go there for, so after a few underwhelming swells for the first 10 days of our 2 week trip, ‘boiler boys’ was a sarcastic sentiment we’d use for surfing ~ ‘Where should we surf this afternoon?’ ‘Boiler boys!’ As if there was another option… we were the boiler boys… then,,, finally the swell came together and we got what we came for. Anyways,,, that’s the story, watch the video for a more fulfilling experience. 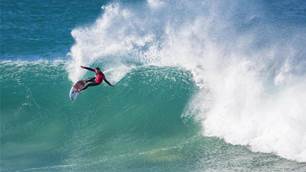