Canadian Natural footer Noah Cohen probably gets more uncrowded kegs than just about any surfer on the planet. While Noah thrives on the isolated nooks and crannies of the Canadian wilderness you can’t blame him for occasionally wanting to shed the rubber and duck behind lips in warm water settings. He’s also a handy scribe and the details of one of his Mexican sojourns features in the current issue of Tracks. There’s an excerpt here. In the meantime enjoy Noah’s eclectic, mash-up of stellar moments from his recent wanderings. “Nate and I have been working with fellow Canadians Pete Devries and Hanna Scott, as well as a few other surfers from the US (Dane Gudauskas, Noah Wegrich & Nils Schweizer) on a full-length project that will be coming out later this year, and this edit is basically a little cut of some action highlights, shot mostly in Canada and Mexico." Noah Cohen 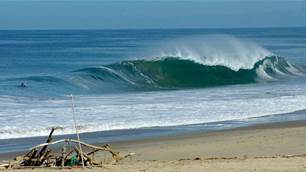 The surf trip gets messy in Montanita, Ecuador 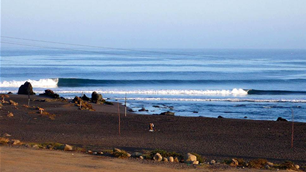 Surf and Tinder in Punta Hermosa