Winter ain't over just yet.

The East Coast of Australia had an underwhelming August. Whilst everywhere else in the world seemed to pump, winter in this part of the Souther Hemisphere endured one of the longest flat spells in memory. That all changed recently when a fresh south swell marched up the coast reminding us that winter wasn't done yet. Yesterday Owen Wright, Connor O'Leary, Kehu Butler, Stu Kennedy, Bede Durbidge took to Northern NSW breakwall which served up a very special day. 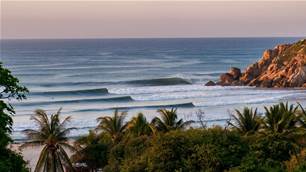