Big wave surfing is back on the big screen!

There are few as dedicated to documenting big-wave surfing as Tim Bonython. Tim has been at it since the late 70s, when he bought a super 8 camera and a ticket to Hawaii to document his first Hawaiian season. The bug bit hard, and he has been at it ever since, following the swell, documenting the most exciting sessions around the globe and making some of the most iconic surf movies of the 80s, 90s and 00s.

Tim is also a die-hard believer in watching surfing on the big screen. He worked tirelessly to take his Australian Surf Movie Festival on epic tours of Australian cinemas, RSL’s, surf clubs, and anywhere else they’d have him to show the Australian public the way he believes surf movies should be consumed.

However, until this month it had been nearly four years since Tim had taken a movie on the road. He hadn’t given up the ghost, rather he’d been bust compiling his most ambitious project yet.

Over the last four years, Tim has been travelling the world. Documenting the biggest and heaviest sessions on the planet at waves like Jaws, Mavericks, Teahupo’o, Cloudbreak, The Right, Nazaré and Mullaghmore.

Finally, at the beginning of this month, he emerged from the editing bay. Armed with a total of five new films, which he is currently touring around the country as part of his ASMF.

It’s all captured in glorious 6k and 8k. It’s so crisp and intimate, you’ll feel every horrendous wipeout, and glorious success as if you were there. It really does justice to just how much these surfers are putting on the line. 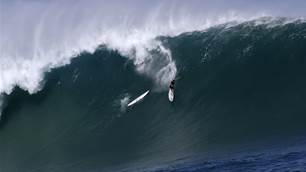 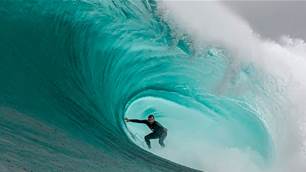