Andy’s hidden section from Momentum: Under the Influence, plus things get heated in a Balinese back alley.

This was shot during filming for Taylor Steele’s Momentum: Under the Influence movie, which featured the best surfers on the planet aged 23 and under. Andy Irons was at the top of his powers, and so was little brother Bruce.

Andy was so on song during filming they had enough leftover gold to stitch together another whole section which Taylor included as a bonus/hidden section on the movie. This is the clip you see at the beginning here. (see Andy's main cut from the movie below)

What was never shown however was what follows. A heated exchange between Andy and little bro Bruce in a stinking hot Balinese back alley as Brian Bielmann attempts to coral the two brothers into an intimate portrait shoot they clearly don’t want to know about.

“It’s like something we would never ever do, so why stage it!’ Complains a clearly agitated Bruce

Andy remains silent and staunch as Bruce is forced into position, looking at any moment like he might explode.

An exasperated Brian Bielmann can be hard saying, “C’mon man, these are my instructions. I wanna get this thing done and get it stuck in the mail!” 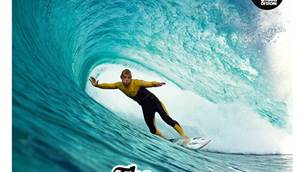 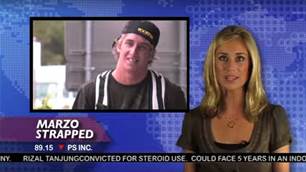 Movies that Matter: Stranger than Fiction