You decide who comes out on top.

Yep, Dane Reynolds has just dropped edit number three on his new Chapter 11 TV blog. Suss the whole thing out here. This time he joins Eithan Osborne and a cast of local shredders at what was once an iconic 80s surf spot in their home locale. Unfortunately, the finger of man intervened with rocks and walls, changed the sand distribution, and turned what was once a highly regulated wave into a fickle novelty.

Add sand to the ridiculous set of variables that need to unite for waves to break at optimum quality. Dirt of the ocean. Soil for waves.

Sand is a granular material composed of finely divided rock and mineral that’s defined by size, being finer than gravel and coarser than silt. Erosion of sea cliffs is responsible for 67 percent of California’s beach sand, but it’s likely to have all landed on the coast through mountain watersheds and gone through many cycles of being buried, exposed, buried and liberated again. It’s mostly composed of mica, quartz, granite and shells.

In the industrial world, sand is an “aggregate,” a category that includes gravel and crushed stone. Natural aggregate is the world’s second most exploited natural resource, after water. It’s the primary base material that concrete and asphalt are placed on during the building of roads, buildings, parking lots, runways, and many other structures. Windowpanes, wineglasses, and cell-phone screens are made from melted sand.

It was also used to create the waves which we are exploiting in this video.

This spot was an institution in the 80’s with a tightly regulated lineup. Guys like Davey Miller and Danny Hedges sat at the top of the hierarchy. Chapter 11 TV filmer Mini was there –

“South Jetty Bodyboard Crew was a known thing. Me, Forbes, Aichner and Phil Corsi were the regular’s…then the Landucci’s of course!”

In 1993 congress approved funding to build a 650 ft groin to the which harbor officials deemed necessary to ‘catch sand that sweeps into the harbor entrance from the south.’ Surfrider foundation contended that the natural flow of sand is north to south and the jetty would actually trap sand in the harbor and deplete sand from Oxnard beaches but they lost the battle and just 45 days later the U.S. Army Corps of Engineers finished construction of the “New Jetty.”

At first surfers were stoked, “It made it better,” said 20-year-old Ventura resident Jesse Conlan “It created new sandbars.”

But eventually the beach filled up, which I can attest to, cause in late 90’s me and my friends would paddle across the harbor when it was flat in our neighborhood hoping ‘New Jetty’ would have a flicker of south swell. It was a vacant shithole of a beach. Always dead animals. The sand almost extended beyond the ‘New Jetty.’

When they added 100 yards of rocks to the breakwall that was the nail in the coffin for jetty wedge. Visit the parking lot and you’ll hear all about it from the guys drinking beer and playing horseshoes every day awaiting it’s return…

‘New jetty’s’ sand normalized. It’s is still called ‘New Jetty’ nearly 30 years later and I still hate the wave. It bends out to sea or closes out or somehow does both at the same time and it’s always packed.

Once in a blue moon the sand moves into the place where the swells that bend around the breakwall collide with a borderline backwash refraction off the south jetty and it shows a glimmer of it’s old self. Mostly novelty but a lotta fun.

CH | 11 | TV | 003 was filmed over the course of 3 days last winter when the magic set of components aligned. Freshly dredged harbor and an off season south swell that pulled the sand into the perfect spot 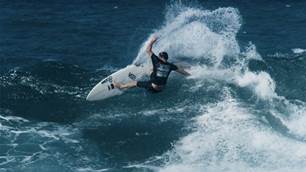 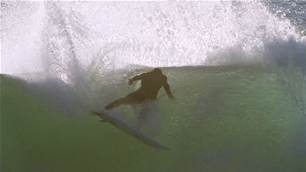 Watch: Dane Reynolds Toys With the Idea of “Hanging Up the Thruster” 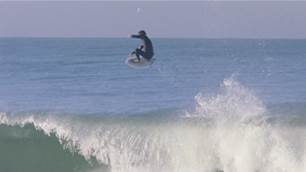