From the raw power of Gary ‘Kong’ Elkerton, the progressive Wade Goodall and Harry Bryant, and the stylish wave-riding of Harrison Roach. The Sunshine Coast has delivered a high pedigree of standout surfers.

Home Bros, a new flick by film-maker Tai Jennison, showcases the next generation of shredders emerging from the oft-forgotten slice of the Queensland Coast.

It features the talents of Alister Reginato, Cooper Davies, Noah Stocca, Connor Lyons and Jack Reginato, captured over the last 12 months in their home-waters … plus a few other sneaky locales. 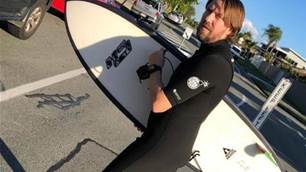