Hands up if you’d kinda forgotten that Mundaka exists? I’d have to say I’m guilty. It’s one of those waves that easily belongs in a list of the world’s best waves but somehow fell off the radar. Sorta like how G-land did for a while, only to come racing back to the front of mind with Mick and Mason’s Red Monkey Full Moon clip, and the announcement it would be rejoining the tour.

Now Mundaka has itself raced back to the front of our minds after we watched this footage of the legendary Basque river mouth firing under the influence of Hurricane Epsilon, the same storm that recently sent Nazare and Ireland into XXXL territory. 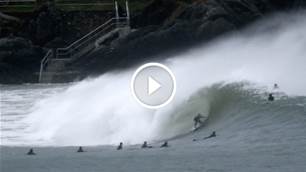 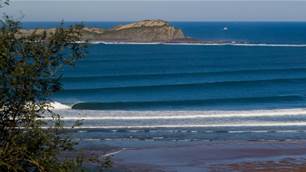 The Dash to Mundaka