Koa Smith is not short on confidence. I guess you can’t afford to be in this world of dueling You Tube channels. There’s Jamie O’Brien, Koa Rothman, Nic Von Rupp, Mason Ho, and a whole bunch of other professional vloggers to contend with in the battle for the most clicks. Koa runs with an upbeat tone, wears a top-knot, and rides deep. He also loves to dial in the POV perspective. This episode on Morocco features Koa’s highlight reel from the swell that infamously maimed Billy Kemper. Koa politely points to Billy’s doco about his ordeal, but there was no way he was going to let his glory rides hit the cutting room floor because Billy had a tumble and broke his pelvis. So here you have Koa’s jaw-dropping Moroccan jam. If only we could go there. 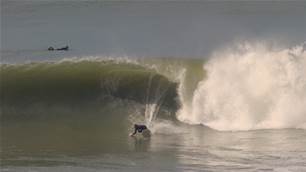 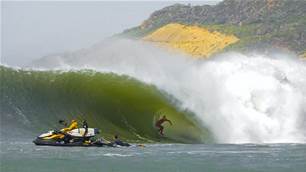